I dared to call Him Father 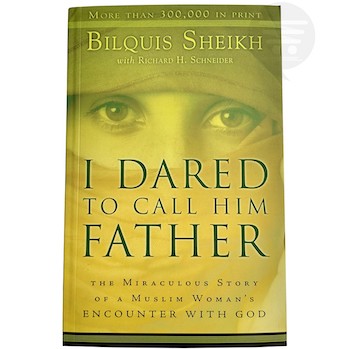 Bilquis Sheikh, a prominent Pakistani woman who belonged to the noble Hayat Khattar family, penned her life story in the book, I Dared to Call Him Father, in 1978.

The first publication is a bestseller that has sold over 300000 copies; the book was well-received by the public and was translated into many languages. It was even made into a study guide.

In 2003, which marked the 25th anniversary of this autobiography, it was repackaged and released as I Dared to Call Him Father: The Miraculous Story of A Muslim Woman’s Encounter With God, to which Richard H Schneider also contributed.

The book is for anyone who wonders what would happen if he gave himself to the Lord completely. “Will God really fulfill his promises to take care of me–to protect me under all conditions?”

This noblewoman in Pakistan, faced such questions at the crossroads of her life. After her husband (a high ranking government official) left her, she retreated to her family estate to find peace and live out her days in quiet luxury. But the deep-down peace which she sought, eluded her. Searching the Quran, she found many references to the prophet Jesus Christ. Out of curiosity, she turned to the pages of the Christian Bible. Then her life turned upside down as a series of strange dreams, in which she met John the Baptist and Jesus, launched her on a quest that would consume her heart, mind and soul.

Essentially, Sheikh’s life story is a fascinating saga of her unusual journey involving her personal relationship with the Almighty and how that one relationship turned her world chaotic and put her very life at peril.

At the time that Sheikh forged a relationship with God, she was at a crossroads in her life, not knowing which path to take. But thanks to this relationship, which strengthened via a string of dreams she had, the author found her heart, mind and soul being consumed in this quest and all her questions were answered.

In this riveting read, readers can find some of their own questions on God answered such as how to surrender completely to the Lord and what happens when you give up yourself to God.

This book is regarded as a classic in Christian literature. A must read. 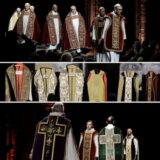 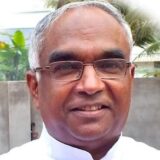