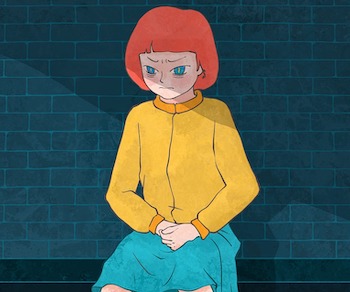 Menstruation is a normal monthly process, but extreme pain during periods that disrupt your daily routine – requires help.

Many women have a problem of painful cramps during periods. The scientific term used for periods pain is dysmenorrhoea. Pain occurs because of ischaemia and muscle in the secondary endometrium because of constriction of spiral arteries. Spasmodic contractions happen in the myometrium, thus pushing the menstrual fluid out of the body through the vagina.

Prostaglandins release mediates the contraction, and if the quantity is excessive, they can lead to an increased pain known as dysmenorrhoea. It has two types.

Some people are at high risk of developing dysmenorrhoea. The risk categories include:

Girls under the age of 20 years
A family history of painful periods
Smoking
Heavy bleeding during periods
Irregular periods
Never had had a baby
Early puberty before the age of 11 years
Primary dysmenorrhoea lessens in many women with growing age.
Pregnancy also plays a role in diminishing menstrual pain when periods resume after the birth of a child.

It is necessary to monitor the pain during periods; if you do not find any relief in pain even after taking prescribed pain killer medications, then you should consult a gynaecologist.

In many women, physical, emotional or psychological problems can worsen the menstrual pain, migraine and depression.

Some underlying disorders can cause painful periods

Premenstrual syndrome: PMS are common conditions that cause hormonal changes in the body. The symptoms of PMS disappears after the bleeding occurs.

Endometriosis: This is a painful medical condition which causes the growth of cells from the lining of the uterus in other parts of the reproductive systems. The cells usually grow on ovaries, fallopian tubes and tissues of the pelvis.

Fibroids in the uterus: These are non-cancerous tumours which put pressure on the uterus and cause painful periods.

Pelvic inflammatory disease: It is an infection of the reproductive parts due to the sexually transmitted bacteria causing inflammation.

Adenomyosis: It is a rare condition in which the uterus lining grows into the muscular walls and causes pain, inflammation and more substantial periods.

Cervical stenosis: In this condition, the cervix becomes very small and causing low menstrual flow and causes an increase inside the uterus.

How to diagnose dysmenorrhoea?

For proper diagnosis, the doctor reviews your medical history and performs physical and laboratory tests. The doctor will check for an infectious sign and any abnormalities in the reproductive system.

Ultrasound: Ultrasonic waves create the image of the internal walls of the uterus, fallopian tubes and ovaries to find the abnormalities.

Other imaging tests: Other advanced imaging tests are MRI or CT scan. These tests provide a more detailed image than an Ultrasound test. Doctor finds these tests more helpful in finding the underlying causes.

CT scan uses X-Ray images taken from different angles to give cross-sectional images of all organs, including soft tissues and even bones.

Radio Waves and strong magnetic field used by MRI machines take images of internal organs. Both MRI and CT Scan are painless and are non-invasive.

Laparoscopy: Laparoscopy is unnecessary in every case. In some women, they perform it to find the underlying disorders resulting in secondary dysmenorrhoea. Some instances which require laparoscopy are

Endometriosis, Adhesion, Pregnancy in fallopian tubes (Ectopic pregnancy) Ovarian cysts Laparoscopy is an outpatient surgery in which they make small cuts on the body of patients. A doctor observes the interior of your organ by inserting a fibre-optic tube on which a tiny camera is present to take an inside view of the organ.

Every woman is not lucky enough to have a pain-free period. The best medicine to alleviate the painful cramps of Menstruation is anti-inflammatory drugs.

Ibuprofen Ketoprofen and Naproxen – These painkiller medicines are available over the counter in pharmacies with no prescription. Menstrual pain occurs because of the release of prostaglandins. The anti-inflammatory drugs block the effects of prostaglandins, thus reducing pain and inflammation.

Starting a birth control hormone is another option to control or stop menstrual cramps. It can be a pill, an injection, a transdermal patch, or a hormone-containing IUD. These methods can reduce or eliminate the menstrual flow leading to less pain.

There are also a few alternative therapies which health specialists can use for treating menstrual cramps. They discuss a few such alternative treatments below.

Transcutaneous Electrical Nerve Stimulation (TENS): It connects a device to the skin with the help of adhesive patches having electrodes in them. The electrodes deliver a varying level of electric current via electrodes to stimulate the nerves.

The threshold of pain signals increases and release natural endorphins to reduce the pain.

A few herbal medicines made from the extract of fennel or a combination of products prove to be effective in treating the menstrual pain.

Although the method of acupressure and acupuncture requires more research, these have more effects than placebo when treating period pain.

Some home remedies are responsive in alleviating the symptoms of dysmenorrhoea

Heating pad
Warm bath
Light exercise
Yoga and other relaxation techniques
Use of Vitamins
Change in diet – Reducing salt, caffeine and alcohol intake
Menstrual pain is not a threatening disease, and it should not affect your daily life. There are a few changes recommended regarding food and lifestyle change. They can help ease the pain. If the pain is worse and continues, then consult a health practitioner.

Secondary dysmenorrhoea is the term used by your doctor when you have a problem in your reproductive organs instead of just some ordinary cramps. This may be an underlying cause of occasional cramps.

Below are a few conditions that cause secondary dysmenorrhoea:

Endometriosis is the condition in which endometrium, the inner lining of the uterus is present on the outer side of the uterus.

Pelvic inflammatory disease is an infection starting from the uterus lining and spread to target other organs of the reproductive system. The prime reason is the bacterial infection.

Stenosis: It is the narrowing of the cervix, the lower part of the uterus. It occurs because of scarring and lack of oestrogen hormone in women after menopause. Some growths called fibroids may present on the inner wall of the uterus.

If you are suffering from menstrual cramp for an unusual pattern or it lasts for over 2 to 3 days, then consult your doctor.

During the check-up, the doctor will ask about your regular menstruation period and related stuff. The doctor may ask you to have a pelvic examination. It needs a tool called speculum by a doctor to examine the inner of your vagina and cervix.

A doctor may use her fingers to check the ovaries and the inner lining of the uterus for anything that seems abnormal. It requires laboratory testing on vaginal fluid for proper diagnosis.

If initial medical check-up proves that your cramps are just ordinary period pain or something (else), then you might have to undergo some further tests.

Treatment of pain from Secondary Dysmenorrhoea: While an only option left with pain management in case of disorders mentioned above is surgery. Physicians adopt the surgical method for problems like endometriosis or cysts, etc.

Pulsating pain in the abdominal area Cramps Pain in the lower back Pain in legs Distended abdomen Change in a stool. The primary reason behind these symptoms is excessive hormone production in the body, Pressure for constricted blood flow and Inflammation in the reproductive organs. The chemicals releasing in the body to prepare it for Menstruation are also responsible for abdomen distension. The change in the stool is also because of these chemicals, but sometimes they cause constipation. It varies from women to women. Some women experience illness, while others have watery Stools.

How to manage pain from secondary dysmenorrhoea? So often, it’s pretty much possible to manage the periods’ pain.

NSAIDs are useful in almost 80% of cases.

Birth control hormones are also an option. But if the pain is not diminishing and persists for more than a few days, then consult your doctor.

Pain during periods is normal if it is not extreme. If you are having an unusual and unbearable pain every time during your menstrual cycle, you may have underlying health problems. It is advisable to consult the doctor. 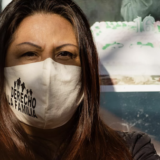 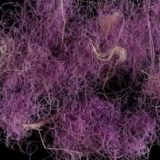