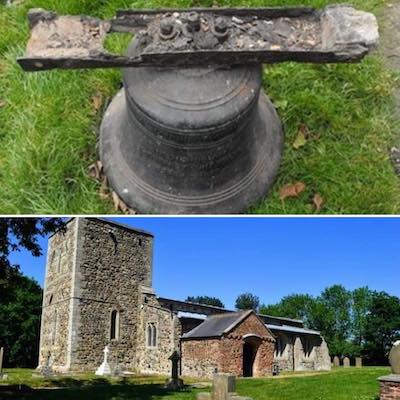 Worshippers at a ransacked church didn’t realise its bell had been stolen until it failed to ring at a Sunday service.

The bell “has a special place in the hearts of the Withernsea community”, the vicar Rev Martin Faulkner said.

Humberside Police are appealing for information about the theft, which took place overnight on 4th October.

“At the time of reporting it was not thought that anything had been stolen in the church and that the extensive damage to the cellar and doors were the main areas of concern,” the police said.

“However, it has now been discovered that the historic church bell has been taken.”

Church staff reported the break-in but failed to realise damage to a pair of cellar doors was caused by the bell being dropped from 30ft (9.1m) above.

It “didn’t occur to us to look up”, Rev Faulkner said.

The thieves had hoisted the bell – measuring about 18 in (45 cm) tall and thought to be made of bronze or a similar metal – into the church’s wheelie bin to transport it away.

Rev Faulkner said fixing the damaged doors and replacing the bell was expected to cost about £8,000.

The church “would appreciate the return of its bell to the church grounds with no questions asked”, he said.

“The loss of the bell will be felt right across the community and is likely to be a very costly repair when included with the damage to the belfry, cellar and cellar outbuilding”. 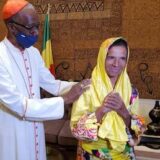 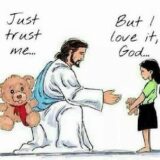