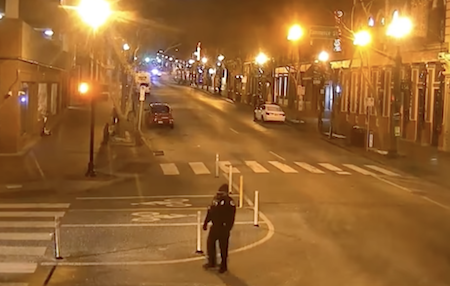 A police officer who was on the scene when a massive car bomb exploded in downtown Nashville on Christmas Day has said that God’s voice saved his life.

Officer James Wells was called to the area to investigate the suspicious motorhome that was blaring out warning messages urging people to evacuate the area. Moments later, the vehicle exploded, killing its occupant and injuring three bystanders. At a press conference, Wells said that he was in the process of helping people escape from the area when he turned and headed towards the bomb-rigged motorhome.

Wells said he was walking back toward Luellen and Hosie – and the RV.

“This might not be politically correct but this is my truth and I literally hear God tell me to turn around and go check on Topping who was by herself down on Broadway,” Wells said. “And as I turned around, for me, it felt like it took three steps and the music stopped. And as I’m walking back toward Officer Topping now, I just see orange and then I hear a loud boom.”

He said he stumbled after the blast.

“I just tell myself to stay on your feet, stay alive,” he said. “And I just take off in a full-out sprint. And I’m running toward Topping and make sure she’s okay. And we kind of meet in the middle and we just grab each other.”

Topping also said something told her to change her direction moments before the blast as she saw Wells. She moved toward the other side of the street and saw Wells turn toward her. She said she was about 10 to 15 steps away from him when the RV exploded.

She said she just saw orange and then felt the heat wave as she saw Wells stumble.

That split-second decision to move away from the vehicle, Wells said, almost certainly saved his life.

“I couldn’t hear…I lost temporary hearing in my left ear,” he said. “They get me to the paramedics and call my wife immediately to let her know before anything got out, to let her know that I was OK. They were trying to get me to go to the hospital, and I just didn’t want to be by myself at that moment. Didn’t want to leave them. And then I heard that there were three people that were injured so I told the paramedics to take care of them.”

Wells said that the incident will forge an unbreakable bond between those working at the police department.

“This is going to tie us together forever, for the rest of my life,” he said. “Christmas will never be the same.”

According to the Daily Wire, Wells said that he was “a spiritual person” and that he is “led by that voice… how I treat people, how I go about doing this job every day, that’s what guides me”.

He added: “I truly believe that that’s what guided me in that sense because I was literally getting ready to walk back toward that RV, and you watch the video, you can see that moment of clarity for me when I heard God say, ‘Go and check on Topping.’”

The man responsible for the bombing was 63-year-old computer consultant, Anthony Quinn Warner, who was in the motorhome when it exploded. A motive for the act is yet to be established. 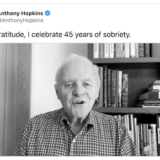 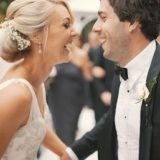