‘God healed me of depression’ 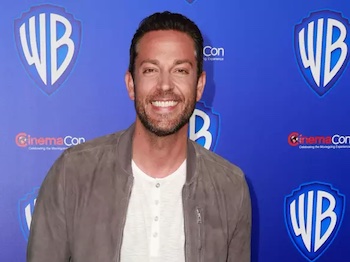 Hollywood actor, Zachary Levi  has shared a powerful testimony on how God delivered him from several personal struggles in his life, including depression and suicide.

‘My Christian faith is my strength’

In an interview with CBN’s Faithwire, Levi said, “My particular upbringing and the way that it moulded me and shaped me brought me to a lot of these ends.”

His tumultuous childhood affected him, the actor said.

“I completely fell apart. I was surrounded by darkness and had nothing but lies being spewed into my ear,” he added.

Citing one personal example, he shared that he had to forgive his mother, who significantly contributed to the actor’s tumultuous upbringing.

“It took me a lot of healing and a lot of forgiveness to get to the point where I could forgive and love my mother, for example, who was a major contributor to the trauma that I experienced in my life,” Levi said. “If we want a better world, we’re going to have to radically love each other.”

In his newly released book, Radical Love: Learning to Accept Yourself and Others, Levi gives fans a detailed look at his mental health journey, including his struggles with depression, anxiety, and suicide.

“I really came to the point where I … didn’t want to live … and I didn’t know what to do”.

After moving to Texas a few years ago, family members and friends helped Levi face his struggles head-on. As reported by Faithwire, the actor underwent treatment and also found healing through a woman who helped him learn to love himself and strengthen his faith.

Even though Levi was raised in a Judeo-Christian tradition, his beliefs were challenged throughout his struggles.

“I was so enveloped in the darkness that it was pretty much the first time in my life I could say that I maybe stopped believing there was a God,” he said. “I have always leaned into God and into my faith and trust and followed [Him]. I haven’t done it perfectly. But I got to this place where … to feel abandoned and to feel like I didn’t want to live anymore really, really, really shook my faith.”

Now several years later, Levi shared that he has been “incredibly redeemed.”

Levi is known for his work in the shows Chuck and The Marvelous Mrs. Maisel, as well as films like Shazam! and American Underdog. The actor who’s starred in films such as Tangled and the Thor series, has opened up how God has helped him in his battle with depression and suicide.

He said that regardless of where people currently stand when it comes to belief in God, he wants to help them realise that they are “extensions of God’s love” and that they don’t need to earn that position.

The trauma of young Zach’s childhood caught up with him in adulthood.

“Young Zach was this, I don’t know – this young boy lost in a sea of oestrogen, between my sisters, my mom, my aunts, my grandma. But fortunately – and this is the grace of God. Not just the grace of God, but the plans of God. I figured out very early on in life, probably around four when I figured out that I could make someone laugh intentionally. Every kid makes people laugh accidentally. You don’t know why. Around four, I was smart enough to go, ‘I can do this thing, I could do X or Y and that would make somebody laugh’ … and I also knew that a laughing, smiling person feels good,” he said.

“You’re a miracle…you’re still a mathematical improbability beyond all measure — that we are spinning around on this ball of mud out in the middle of the universe,” he said.

Regarding the title of his book, Radical Love, Levi explained that the term is rooted in Jesus’ teachings on loving people as they are, including one’s enemies. He stressed that “actual love is a radical practice.”

“Jesus was saying to love your enemy and pray for your persecutor. This is something that nobody seemingly does,” Levi said. “And [Christ] talks about, to love those who already love you isn’t really love … love is to radically accept someone else exactly as they are, exactly where they’re from.”

“If we have any chance of making it into a future that is not just really sad and really full of hate and anger and fear, we’ve got to radically accept where people are in their lives,” he said.

At the same time, however, Levi stressed that this does not mean condoning people’s bad behaviour. 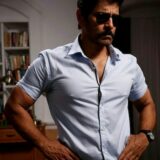 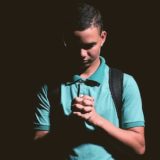