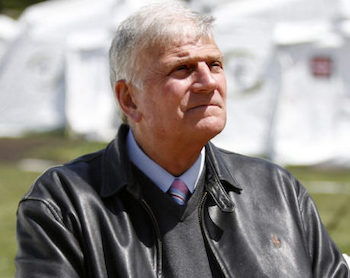 Graham, 69, suffered from constrictive pericarditis, an inflammation and hardening of the sac around the heart that compresses the heart and prevents it from working properly.

In a statement, his spokesman said the surgery involved removing the pericardium.

“His doctors expect a full recovery and assured him that he should be able to return to his normal activity and ministry schedule,” said the statement from Mark Barber.

Graham, son of the late evangelist the Rev. Billy Graham, heads the Billy Graham Evangelistic Association.(Years ago, the elder Graham was also treated at the Mayo Clinic, for a different condition)

Franklin Graham is also president of the international Christian relief organisation Samaritan’s Purse, which is based in Boone, North Carolina.

Graham was among former President Donald Trump’s most ardent supporters and was a frequent guest at the White House during Trump’s presidency. Recently, Graham was critical of President Joe Biden’s pullout from Afghanistan and called for a Day of Prayer.

Unlike some evangelicals, Graham was an early proponent of the Covid-19 vaccines and got his family vaccinated. His Samaritan’s Purse organisation, Samaritan’s Purse, erected half a dozen mobile field hospitals across the world to treat people suffering from Covid-19.

He had been experiencing shortness of breath for some time.

The statement about his surgery noted that he expects to be able to resume riding his motorcycle soon. 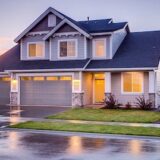 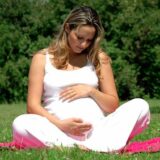 Next Story
A pregnant mother’s prayer