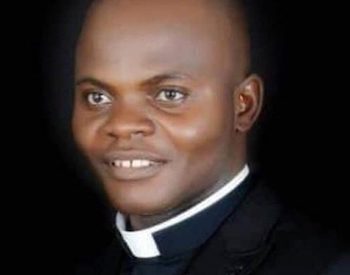 A Nigerian priest has been killed in what’s the latest act of violence against clergy in the country.

The body of Fr John Gbakaan Yaji, of Minna diocese, in Nigeria’s Middle Belt region, was discovered on Sunday.

Fr. John, parish priest of the Saint Anthony Church in Gulu, in the Diocese of Minna, was kidnapped on 15 January along the Lambata road to Lapai in the state of Niger, reports the Catholic wire service, Agenzia Fides.

Fr. John, together with his brother and another priest, had gone to Makurdi in the state of Benue on 14 January to visit his mother.

On 15 January, the priest and his brother were returning after they attended Mass. The attack took place around 9 p.m. near the village of Tufa. They were ambushed by gunmen; the two brothers were abducted by the armed men, who then sought ransom from the Diocese of Minna. Initially, the kidnappers demanded a sum of thirty million naira, which they later reduced to five million naira.

The priest’s body was found near the site of the kidnapping.

Father Gbakaan was executed with a machete in such a brutal and horrific manner that identification was hardly possible. The vehicle that the priest was travelling in was found in a nearby bush. There is still no news of the priest’s brother, who is said to be still in the hands of the kidnappers.

The Christian Association of Nigeria, (CAN), has asked the Federal Government to end the abductions and killing of religious persons by bandits in the country. CAN’s Vice Chairman (Northern region), Rev. John Hayab, made the call when he spoke to the Lagos-based daily, Vanguard.  Rev. Hayab described the Catholic priest’s killing as “shocking and painful,” stating that insecurity in the North of Nigeria had assumed a much more alarming dimension.

“Today in Northern Nigeria, many people live in fear, and many young people are afraid to become pastors because pastors’ lives are in great danger,” said Rev. Hayab.

He continued, “When bandits or kidnappers realise that their victim is a priest or pastor it seems a violent spirit takes over their hearts to demand more ransom and, in some cases, go to the extent of killing the victim. We are simply pleading with the Federal Government and all security agencies to do whatever it will take to bring this evil to a stop,” the CAN representative said.

“I’m saddened by this,” he said. “Father John, who was barely four years in the priesthood, was a very gentle and humble priest, dedicated to the service of God and his people.”

Father Emmanuel added: “The Bishop with the priests and religious and the entire Minna diocese mourn the death of a brother, a friend, a priest…”

Rev John Hayab pleaded with the Nigerian government to step up security. He told Nigerian newspaper Vanguard: “Today in northern Nigeria many people are living in fear and many young people are afraid to become pastors because pastors’ lives are in great danger.

“When bandits or kidnappers realise that their victim is a priest or a pastor it seems a violent spirit does take over their heart to demand more ransom and in some cases go to the extent of killing the victim.”

Father John’s killing comes after Catholic priest Fr Michael Mbari, from the diocese of Port Harcourt, was released on 15th January, a week after being kidnapped.

In a statement, Bishop Camillus Archibong Etokudoh of Port Harcourt said: “This is a sad story to show how unsafe we are in the present-day society as well as how helpless we can be in the face of insecurity…

“I use this opportunity to appeal to the government to do something more to make life in our society safe and worth living [in].”

Fr Emmanuel said: “Father Michael has been released. After some medical checkup and medication he has returned to his parish.”

On 1st January, Auxiliary Bishop Moses Chikwe of Owerri and his driver, Robert Ndubuisi, were released by their kidnappers five days after being kidnapped.

According to Christian persecution charity Open Doors, the killings of Christian in Nigeria during 2020 tripled to 3,800. On average, ten Christians were killed every single day in Nigeria.

Violence is mainly focused in the northern part of the country. 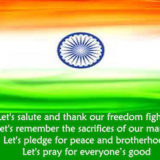 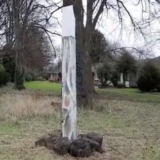 Next Story
Mystery monolith at church