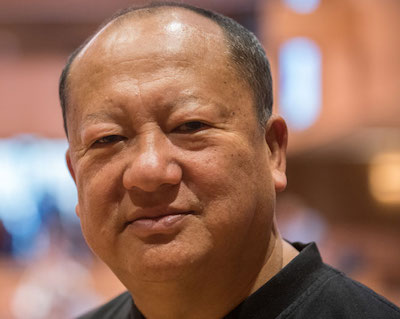 Father Joseph Kinley Tshering is the first and only native Catholic priest in Bhutan.

A meeting with Mother Teresa of Kolkata kindled a vocation that turned the entrepreneur into Bhutan’s first priest.

Fr Joseph, former Jesuit provincial superior in Darjeeling, India, desired to become a priest since he was a child, but he had to suppress it, because of opposition from his family. Fr Joseph is now back home to serve the Church and his native land’s tiny Catholic community of about 100 members.

Born in the upper class Bhutan, Fr. Joseph loved pictures of Infant Jesus in the manger on Christmas cards. When he went abroad at age 5 to a boarding school run by Jesuits in Darjeeling, he saw the crucifix in a convent, and the sisters explained to him the story of the little boy in a manger, in relation to the man on the cross.

At age 15, on May 18, 1974, he was baptised in secret. Despite the objection of his family, he aspired to become a priest; but due to the objection of nearby missionaries, he entered university, earned an MBA, and worked in a company for three years. Being the first MBA holder in Bhutan, graduating from the prestigious IIM-Bangalore, he had many opportunities to succeed.

One day, on a business flight to Kolkata in 1985, he sat next to Mother Teresa who awakened in him a calling to the priesthood when he confessed his wish to become a priest. Holding his hands, Mother Teresa said, “Many people don’t talk like you. You have a vocation. You should be a priest.”

Over his Bhutanese culture, he has put on his Christian faith. Being inclusive, he can understand Catholicism better, thanks to his Buddhist background. He became a priest because he was fascinated by Christ’s love.

Bhutan is a close Buddhist theocracy with a population of less than a million, located in the Eastern Himalayas in South Asia, sandwiched between India and China. Bhutan is the second least populous nation after the Maldives. Bhutan and the Maldives were only two countries without Catholics. But about 10 years ago, the Bhutan government allowed freedom of religion, and at present, there are about 100 Catholics, mostly from Nepal or India. Peaceful Bhutan with the best gross national happiness is the only carbon-negative country and the least corrupt. A place where smoking is banned. Basic education and health care is free for all in Bhutan. Foreign missionaries are not allowed to live in Bhutan; only native Catholics or Christians can work. About 77 percent of the population is Buddhist and about 23 percent is Hindu. Less than 1 percent of the population follow other religions.

Looking at missionaries dedicating themselves to the poor, Fr Joseph also desired to live for the poor. He joined the Society of Jesus on June 21, 1986, was ordained on Oct. 23, 1995, served as a principal at St. Joseph’s High School, and also served for the Jesuit Province for six years. For the last two years, he has worked as a missionary in Bhutan. His dream is to build a social welfare centre to help the poor in Bhutan. He is not allowed to build a Church, but building a Catholic centre to help and educate boys in need is possible.

Another dream of Fr’s is to make ordain a native a priest. He hopes to become “a man for the marginalised, a servant of the joy of the Gospel, to smell like the sheep, to go out where others don’t want to go to love and serve. My goal is NOT to convert people. I think practicing mercy and love is more important.” 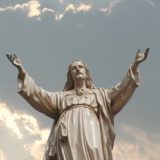 Previous Story
Unveiling the Father in the Son
→ 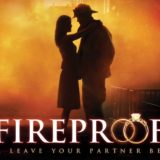