Believe and you will receive 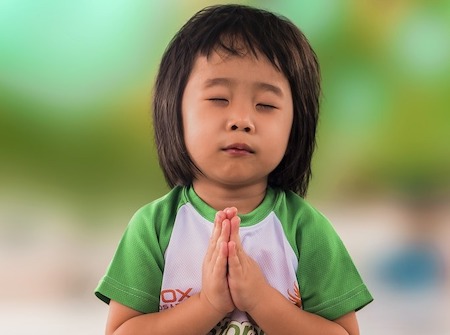 God has gone to great lengths to purchase us back from Satan and eternal death, and to give us Eternal life. The very least we could do is to take the time to learn how to receive these very great and precious promises.

“By which have been given to us exceedingly great and precious promises, that through these you may be partakers of the divine nature, having escaped the corruption that is in the world through lust. (2 Peter 1:4)

These promises were given freely, yet we have a responsibility to learn to receive and walk in them. They just don’t fall on us. God’s Word tells us without faith it is impossible to please Him.

But without faith it is impossible to please Him, for he who comes to God must believe that He is, and that He is a rewarder of those who diligently seek Him (Hebrews 11:6)

So without faith there is no pleasing God, yet on the other side of the coin so to speak, with faith all things are possible.

Jesus said to him, If you can believe, all things are possible to him who believes (Mark 9:23) Of course this is talking about Godly things. This has got to be our first step, coming to a knowledge and understanding of our inheritance.

Jesus said in the Gospel of Mark, “Or assuredly, I say to you, whoever says to this mountain, Be removed and be cast into the sea, and does not doubt in his heart, but believes that those things he says will come to pass, he will have whatever he says. Therefore I say to you, whatever things you ask when you pray, believe that you receive them, and you will have them. And whenever you stand praying, if you have anything against anyone, forgive him, that your Father in heaven may also forgive you your trespasses. But if you do not forgive, neither will your Father in heaven forgive your trespasses” (Mark 11:23-25)

Jesus gave us an outline for believing and receiving in this section of Scripture. It would be to our benefit to take note of what He said. His words are the words of life. So let’s look at this Scripture and see the truth being imparted here.

First of all, the first thing He said to do was SPEAK to this mountain. We all have mountains in our life that seem insurmountable, Jesus said to speak to them.

However God’s Word is still true and there are certain spiritual truths we must all know and understand in order to walk the walk of faith. Let’s try and stay in the middle of the road in what we believe and we’ll be ok.

I would like to take a look at the woman with the issue of blood. There is a very important spiritual truth taught here that we can learn from. I use this Scripture quite often because it is such a good example of someone receiving by faith.

“Now a certain woman had a flow of blood for twelve years and had suffered many things from many physicians. She had spent all that she had and was no better, but rather grew worse. When she heard about Jesus, she came behind Him in the crowd and touched His garment; for she said, If only I may touch His clothes, I shall be made well. Immediately the fountain of her blood was dried up, and she felt in her body that she was healed of the affliction. And Jesus, immediately knowing in Himself that power had gone out of Him, turned around in the crowd and said, Who touched My clothes? But His disciples said to Him, You see the multitude thronging You, and You say, `Who touched Me? And He looked around to see her who had done this thing. But the woman, fearing and trembling, knowing what had happened to her, came and fell down before Him and told Him the whole truth. And He said to her, Daughter, your faith has made you well. Go in peace, and be healed of your affliction”(Mark 5:25-34)

She said If only I may touch His clothes, I shall be made well. She said out of faith that she would be healed if she touched Him. That was the first thing that she did, she SAID.

There are two parts in everything we receive from God, the part that God plays and the part that we play. God never fails in doing his part, if we do our part we can be sure of an answer and the victory. The Word of God says in the book of Proverbs.

We need to start declaring out of a heart full of faith that the promises of God are true.

The victory is ours in Christ Jesus.

The second thing that happened was that she ACTED on what she had already spoken out of her mouth by faith. She actually went and touched the hem of his garment. We don’t have Jesus in the physical sense that this lady had, yet we have His awesome promises to stand on. We can depend on God’s Word to be true and faithful. It is our actions that defeat us or put us over.

After she had acted on what she said, she then received the manifestation of her healing, she felt in her body that she was healed.

It always happens this way. The feeling and the healing follow the coming and the doing. She said it first, she came for it second, then and only then she received and felt in her body that she had been made whole. That is when Jesus said to her …”Daughter, your faith has made you well. Go in peace, and be healed of your affliction”. Jesus did not say His faith, but her faith is what made her well. Since Jesus said it was her faith, not His faith, but her faith that made her whole of her affliction we should take note and understand our part in things.

The last thing that happened is that she TOLD. She came and fell down before Him and told Him the whole truth. She declared it to all there that she was healed, and God was glorified.

Many people would say that this is being presumptuous, and that we don’t have the right to tell God anything. I would say to that, we are not telling God anything He has not already told us in His Word to tell Him. We are to line our words up with His words. We will never succeed if we don’t! We are not giving God orders, He has given us the orders and we are just following His instructions. We are not demanding anything of God, we are demanding of the devil. We are demanding he takes his hands off of God’s property in the name of Jesus according to God’s Word. It would only be presumptuous if we were trying to cajole God into something based off of our own desires or whims not lined up with what He has already said in His Word.

We must do as the woman with the issue of blood has done. Speak it, act on it, believe that you receive it, and tell it.

This is just one example of this type of faith in the Bible. We see many such examples of people receiving from God this way. I would like to encourage you to find the promises of God for your self. Then begin to meditate in them until they become real, and faith arises in your heart. Remember the promises God gave to Joshua.

Only be strong and very courageous, that you may observe to do according to all the law which Moses My servant commanded you; do not turn from it to the right hand or to the left, that you may prosper wherever you go (Joshua 1:7-9)

“This Book of the Law shall not depart from your mouth, but you shall meditate in it day and night, that you may observe to do according to all that is written in it. For then you will make your way prosperous, and then you will have good success”.

“Have I not commanded you? Be strong and of good courage; do not be afraid, nor be dismayed, for the Lord your God is with you wherever you go”.

Put God’s Word first place in your life, and just start acting like what He said is true. Praise God it is true, but you will never know unless you speak it, do it, believe that you receive it, tell it.

Put God to the test and see for yourself that He is faithful and just.

If you want to know for sure that you are a child of God, then I would like to invite you to earnestly pray this prayer.

I am calling on Your name, So I know You have saved me now, You also said, “…that if you confess with your mouth the Lord Jesus and believe in your heart that God has raised Him from the dead, you will be saved. For with the heart one believes to righteousness, and with the mouth confession is made to salvation.” (Ro.10:9,10).

I believe in my heart that Jesus Christ is the Son of God. I believe He was raised from the dead for my justification. And I confess Him now as my Lord, Because Your Word says, “… with the heart one believes to righteousness…” and I do believe with my heart, I have now become the righteousness of God in Christ. (2 Cor. 5:21),

And I am saved! Thank You, Lord!

Mark was raised a Catholic and was born again at the age of 17. He received God’s call into ministry at the age of 19 and began to prepare for ministry. He graduated from Rhema Bible Training Center in 1979. “The Lord has called me to teach. My desire is to help all that are seeking the truth to come into a deeper understanding of what God has done for us through Christ Jesus. Olive Branch Ministries is an outgrowth of that desire”, says Mark.  Please visit his website for more resources to help you on your journey. www.olivebranchministries.us 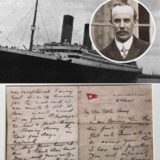 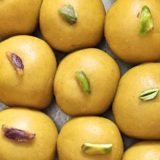