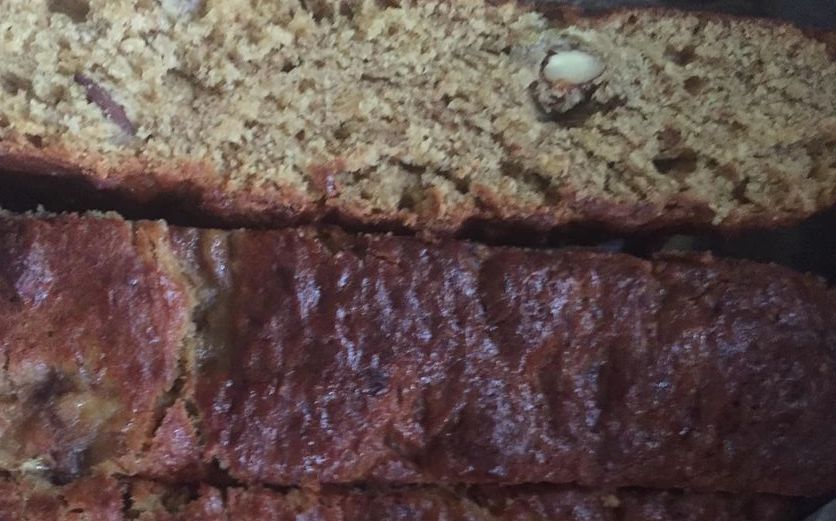 You want to eat healthy, yet you often dream of cake. This one is a healthier cake, with no eggs, no milk, no white sugar and no plain flour. For those who do not have an oven or an egg beater and also the ones who don’t want the bother of using either.  Just mix all this stuff together and bake. Voila – it’s cake heaven!

Into a bowl, add three cups of flour – both wholemeal flour (Atta) and plain flour (Maida) works – so use either.  Use wholemeal for a healthier version. Add two cups softened jaggery or brown sugar (soft, like Muscovado, NOT Demerara, as that one won’t melt, because we are not using a whisk or a beater) a pinch of salt, one and a half cups of melted butter, three tsp baking powder, one and a half tsp baking soda, ten small bananas (or five robusta bananas) mashed with lumps and two tbs vanilla essence. Mix well using a spatula or bare hands. Add half a cup of chopped almonds. Mix well. Bake.

For baking in a pressure cooker:- (Comes nowhere near an oven-baked cake, I feel)

Heat one cup salt in a pressure cooker for ten minutes. Remove the washer and the weight from the lid. Place a ring inside the cooker. Place the cake tin with the cake batter (you would need a small metallic cake tin for this) above the ring. Heat this on high flame for five mins. Then close with the lid and put the flame on simmer setting for forty five mins.

I love it plain. Served with a small trickle of honey.

Now to make it sugary and unhealthy, you may frost it with Peanut Butter Frosting (Made by whisking two cups creamy peanut butter, one and a half cups of icing sugar, one cup butter and three tsp vanilla essence) Then top it with more chocolate chips or Hershey’s Kisses. 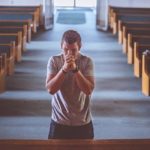 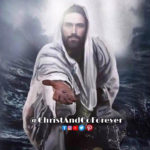 Next Story
Glorifying Christ in everything

Is your wedding date is set and have you agreed on a budget wedding? Firstly, congratulations and secondly, let me tell you that this is a...

Based on the inspiring true story by Angus Buchan, the book Faith Like Potatoes was adapted for the big screen by Regardt van den Bergh. It...