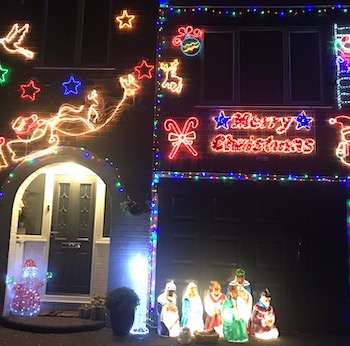 A family is appealing for help after a large model of the Baby Jesus was stolen from a much-loved local nativity scene in Solihull.

It was part of a display of Christmas lights and decorations outside the home of Debby Croft in the village of Dorridge.

Debby said, “Baby Jesus, the centre piece to the nativity scene, is gone and Mary and Joseph are now looking down upon the place where he went missing.”

Debby and her family go all out every year to put a nice display outside their Dorridge home – the scene is loved by locals with some making special trips each year to see it.

West Midlands police have been called in to investigate the theft.

Debby is now appealing for whoever kidnapped Jesus to do the right thing and return him, preferably before 25 December.

Incredibly, it is not the first time it has happened, though he is normally returned unharmed.

Debby told CoventryLive: “We first realised Baby Jesus was missing in the afternoon on Monday (6 December) but we assume he may have been taken late Sunday evening.

“Some people are understandably angry. Why would somebody take the Baby Jesus?” asks Debbie.

“He’s made of solid plastic so he is very robust,” she said. “We are not sure if we could afford to replace him so we are holding out hope he will be seen and returned to us before Christmas Day or maybe on Christmas Day.”

The display is a tradition dating back over more than two decades, starting with Debby’s parents – but it took on a more sentimental feel after her Debby’s father sadly died. The family now use the display as a chance to raise money for a cancer charity.

Debby explained: “We have been displaying Christmas lights for over 20 years. It started with my parents and we now continue the tradition. The light display has grown thanks to my mum with her community spirit and love for Christmas. We know how much joy the lights bring to everyone and after we lost Dad to cancer we now raise money for Macmillan.”

So now Debby is asking people in the Dorridge area to keep their eyes peeled for Jesus who due to his size and general sturdiness, couldn’t have got far.

Debby said: “I would love for people to check their front and back gardens to check he hasn’t been thrown into a hedge or the bin.

“A witness has said he saw a group of young males kicking something square and plastic down the road around 10pm on Sunday (5 December).

“At the time he thought it was a bin but now thinks it might have been Baby Jesus, which makes us feel quite sad.” 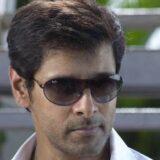 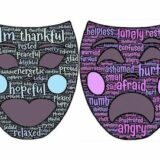