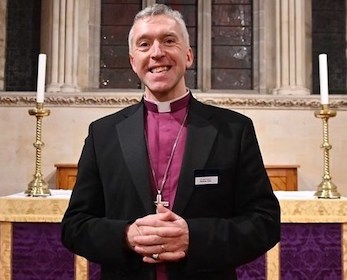 The Archbishop of Wales was ambushed by “three young lads” while leaving Llandaff Cathedral after a service attended by King Charles, the Queen Consort and other members of the Royal Family.

Rev Andrew John, the Archbishop of Wales, had given the address at a service to commemorate Queen Elizabeth II and the promulgation of the new King.

The incident happened as he later left the cathedral.

He told Premier News, “As we were walking back, there were three lads who wanted to just know what was going on.”They stopped the archbishop and asked him.

Despite a strong police presence in the city, crowds waving Welsh flags and a twenty-one gun salute the boys appeared unaware of the King’s visit to Cardiff.

Archbishop Andrew explained that there had just been a service in the cathedral as part of King Charles’ first visit to Wales as monarch.

Having ambushed Archbishop Andrew, the three boys had a special request.

“Right at the end, after our conversation, they asked me and my colleague ‘Would you bless us?”. There and then in the middle of Llandaff in the open green, surrounded by lots of people, the army and the police force, we prayed for them and I asked God to bless them.”

Archbishop Andrew told Premier, “When I heard those three boys asking for God’s blessing on their lives –  that will stay with me for a very long time”. 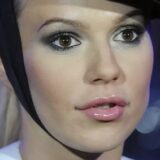 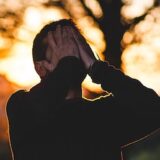