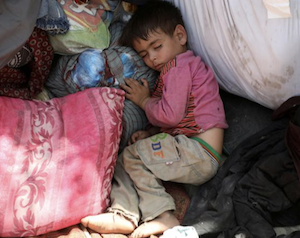 More than 100 churches from across the UK have joined forces to help Afghan refugees settle in the country.

Christian charity Welcome Churches, together with the Hospitality Pledge, both of which encourage the Christian community to support refugees, launched an emergency call for churches to join their support efforts, especially those based in areas where the resettlements are going to be.

“It’s been so amazing to see the church step forward and really get involved,” Kandiah said.

“We have identified some of the regions where these resettlement hotels are going to be. So, we are working with the Home Office to provide practical support. People have arrived with very little, they’ve got very light clothing and, you know, when it rains, it feels cold here, even in the summer so churches have been sourcing prams and clothing…there are so many things that churches can do”.

He went on to explain that one of the biggest needs was accommodation.

On Tuesday, Prime Minister Boris Johnson announced the UK will take up to 20,000 vulnerable Afghan refugees through a special resettlement scheme. They will come over the coming years with 5,000 arriving in the next 12 months.

But many have criticised the Government saying the measure does not meet the scale of the crisis.

Kandiah recognised the figure could be higher but said he is relieved to see the government taking action.

“Looking at some of the ways that our immigration policy was going, I was scared we weren’t going to take any. So, 20,000 is great compared to zero. But we’re a big, powerful nation, I think we’ve got capacity to be able to take more if we’re going to be a global Britain. I think we really need to step up but we need to take care of those that we’ve currently said yes to. Let’s encourage our governments to take more by showing that we really can look after those that we’ve already accepted.”

Women, girls and religious minorities will be prioritised for the scheme. 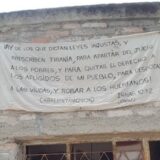 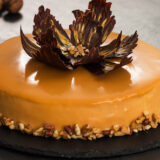