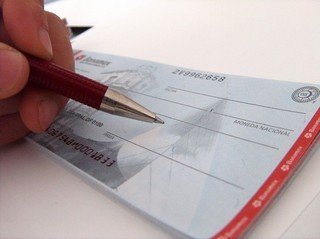 A lefty guitar that you’ve seen Paul McCartney play, a pen that Phoebe uses in FRIENDS and a watch that runs the other way around – you’ll find things similar to these and many more at one-of-its-kind stores for lefthanders around the world today.

Rocky Balboa’s last-minute surprise switch to his southpaw must have helped him in the ring – but he was fictional after all. Donno if he was responsible, but the world has designated August 13th as International Left-handers Day – yay! The day was created to celebrate sinistrality and raise awareness of the advantages and disadvantages of being left-handed in a predominantly right-handed world.

On the whole, us lefties have it hard. Trust me, this comes from a leftie. I had to struggle to open tins, would have pencil shavings all over me whenever I sharpened my pencils with a sharpener meant for right-handed schoolmates. They had an arm rest to write their exams, I had to dangle my arm in the air and write exams with aching hands – all the arm rests were placed on the right side of the school table. In India, we are NOT allowed to receive presents using our left hand. It is rude to serve food, shake hands or even stir a cooking meal with your left hand, across the world. In drawings, my animals always faced the wrong side apparently. And the handles of my kitchen utensils are facing the wrong side, so you’d have to turn the pot around – if you were helping me in the kitchen.

I learned to play the guitar with my right hand, but eventually stopped playing, which could be a good thing for the world.

My left-handedness has livened up things in our house. I elbow people while they are eating, I switch from one hand to the other when I write on blackboards (was forced to switch from left to right at school, so I blame the world for my cats-cratchy handwriting) My dad and brother show inclinations towards the left as well, so my mum literally gets elbowed around a lot.

Today’s lefties are forced to cope with tools that were designed for right handed persons – scissors and school desks that are unusable, camcorders that cannot be operated, can openers and vegetable peelers that are useless, power tools that are dangerous, pens that smudge and computer mice that cause cramps.

In general, lefties are those people who have a dominant right side of the brain. Lefties may write using their right hand, but prefer the left hand for throwing, personal grooming, cooking, lifting etc. Most lefties may have a dominant left eye, preferring to use it for looking through telescopes or cameras. You can also be left-footed. If you closely watch a person when her/his lips curve into smiles, one side is found to be usually much more expressive than the other. Finally, almost everyone who is interested in left-handedness is left-handed.

Amanda Khouri sells products that are meant for left-handed people in Dubai from her unique store 4 Leaf Clover for lefties alone. She once told me it was insulting to hear left-handed ways describes as the wrong way. Worse was of kids hands being cuffed to the back and being punished at school to switch.

Etymology certainly discriminates against the left-hander. A ‘left-handed compliment’ may not be pleasant to your ears, gauche (clumsy) in French, sinistra (evil) in Latin, the German links (devious), the Dutch expression twee linkerhanden hebben (to have two left hands), zuǒ (improper) in Mandarin and the Portuguese canhoto( once used to identify the devil) all show lefties in a poor light. Ambidextrous literally means “right handed on both sides”.

Discrimination towards lefties has existed from the olden days. In religion, the wicked or evil sit at the left hand of God, while the righteous sit at the right hand of God. Until the latter part of the twentieth century, school teachers slapped left-handed children to force right-handed writing (thus ambidexterity) on them. Eating or accepting a gift with the `unclean’ left hand is considered impolite in several parts of Asia.

Rumour has it that during the olden days, a Japanese man could divorce his wife if he discovered that she was left-handed. To this day, it is widely regarded as taboo in Asian culture to handle food with the left hand. Offering one’s left hand for a handshake greeting is considered an insult in Arab society.

Statistics show that left-handedness is more common among males. Lefties are more likely to be schizophrenic, alcoholic, delinquent or dyslexic and they are likely to get into accidents and die young. The lack of left-handed machines in many workplaces has placed left-handers at peril. Still, 10 to 15 percent of humans prefer the left hand. Studies show that people with long-term impairment of the right hand, several prenatal ultrasound scans, higher prenatal levels of testosterone, children of older mothers etc are more likely to give birth to left-handed children.

Ambidextrous people are those who have the tendency to use both hands equally. It’s a skill they may have been forced to learn due to society’s bias towards their left-handedness. Most lefties learn to write clearly with their right hand, but only after enormous effort.

Some of history’s most creative and intelligent minds have been left-handed. Tests conducted at the St Lawrence University in New York found that there are more left-handed people with IQs over 140 than right-handed people. Indian actor Amitabh Bachchan wrote with his left hand for the first five-six years of his life before he was encouraged to switch. Lefties can identify with creative geniuses of the past – Michelangelo, Beethoven, Issac Newton and Albert Einstein were all lefties. Unfortunately, so was Jack the Ripper.

100 Famous lefties/ambidextrous people of all times 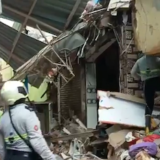 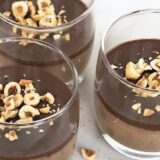