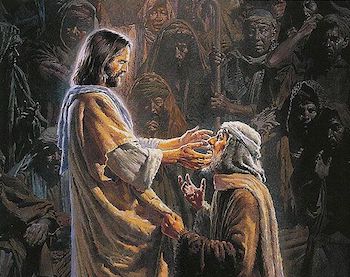 It is surely true that a growing number of Christians worldwide are accepting that God works miracles today. In fact, I think it would probably be right to say that a large majority of genuine, born-of-the-Spirit believers now agree on this point.

And so they should. Firstly, the idea that miracles ceased with the apostles in the first century fits very poorly with biblical teaching. And secondly, there is abundant testimony of miracles in our day from many parts of the world.

More miracles in some places than others

So why is this? Why is there such variation in the amount of miracle work?

I don’t pretend to have all the answers to this question. Miracles are almost by definition mysterious and beyond full human comprehension. I certainly don’t want to give an overconfident and simplistic formula that will supposedly lead to an automatic increase in the number of miracles.

Nevertheless, I am sure that there are some mistakes that Christians often make, which reduce the number of miracles that are performed. And I want to say something about these.

First of all, unbelief is deadly in stifling the miracle-working power of God.

We read about an example of this in Matthew 13:53-58, where we are told what happened one time the Lord Jesus went to His home village. Verse 58 says,  “And He did not do many miracles there because of their unbelief.” Matthew is explicit that unbelief was the reason for the lack of miracle work.

We should also take account of what Jesus teaches in Mark 11:24: “Therefore I tell you, whatever things you pray and ask for, believe that you have received them, and they will be yours.”

Again, we see how important believing is. And Jesus implies that without the believing we should not expect to receive the things we ask for.

That’s not to say that there can be no exceptions to this. The Lord doesn’t say that prayers will never, ever be answered without faith. But He certainly implies that no faith will usually mean no positive answer.

Today, similarly, if the Christians in a place have been deceived into believing that God doesn’t want to do miracles there, it is very unlikely that they will occur. Unbelief is a terrible, highly contagious thing that acts like a fire extinguisher on the power of the Holy Spirit.

Second, if Christians are not asking God to perform miracles, it is unlikely that He will work much in this way.

We do well to remember what Jesus says in Matthew 7:7: “Ask and it will be given to you. Seek and you will find. Knock and it will be opened to you.” This is a general principle of the Christian life that applies to praying for various things. And these things certainly sometimes include miracles.

James also teaches along the same lines in James 4:2, where he tells his readers: “You do not have because you do not ask.”

Again, this is a general principle that applies to failing to pray for a variety of things, and these things surely at times include miracles.

A little later in his letter, in James 5:16-17, James says more about prayer: “So confess your sins to each other, and pray for each other so that you may be healed. The prayer of an upright person is powerful and effective. Elijah was a person with a nature like ours, and he prayed earnestly that it would not rain, and it did not rain on the land for three years and six months.”

Firstly, note how in v. 16 James instructs his readers, and by implication later Christians, to pray for healing miracles. Note also how in v. 17 James says approvingly that Elijah prayed “earnestly.” When we pray, we should do likewise. We should look God right in the centre of His eye and commit fully to everything we ask.

I am sure that in many parts of the world, and in many churches, miracles are not happening much because the Christians are either not asking God for miracles at all, or they are not asking Him earnestly enough. Usually things don’t just fall into our laps, but we have to fervently seek them from the Lord.

Not seeking to be used in miracle work

Third, if Christians are not seeking to be used by God as agents of miracle work, it is unlikely that many will occur.

Some Christians seem to have the idea that if God wants to work miracles, then He will do them on His own without using a human agent.

There is no good reason for thinking that God’s way of doing things is any different today. His standard procedure is still to use human agents in miracle work. So not only should we pray that He would perform miracles, but we should also seek to be used personally in miracle work, just as Paul instructs us to do in 1 Corinthians 14:1.

Sin and the Holy Spirit don’t mix, so the more sin is allowed to exist unchallenged, the more the Spirit is likely to back off from performing miracles in and through that Christian community.

Of course, this doesn’t mean that the Christians in a church need to be anything like morally perfect before God will use them. It does mean, however, that if a blind eye is being turned to sin, if there is no discipline of those who fall into sin, etc., miracles will be less likely.

Fifth, Christians often go wrong by thinking that God wouldn’t call them personally to work miracles, because they are not outstanding in any way. They suppose that they are too weak and ordinary.

It is true that Christians might sometimes need to get things sorted out in their lives or reach a certain level of spiritual maturity before being granted big gifts. But nevertheless, being weak and being ordinary are themselves excellent qualifications for ministry.

When a Christian wrongly thinks that they are too weak or ordinary to work miracles, this naturally leads to unbelief and to a lack of seeking to be used as an agent in miracle work, which in turn prevent miracles, as I outlined above.

These, then, seem to be some major reasons why we don’t see more miracles today.

Those of us who have never been used by God in miracle work should pray that He would lead us into this area of ministry if He desires. For some, it may be appropriate to seek out Christians who are experienced in such matters, those we feel we can trust, to ask for their help and guidance.

Regardless of whether we are ever used in this way ourselves, however, we should all be looking to the Lord to perform miracles in the places where we live.

In some places, getting the breakthrough might not be easy, but then perseverance is called for. In other places, miracles might be just around the corner if the Christians there will only ask.

Max has a Ph.D. in New Testament from the University of Edinburgh. His popular blog posts include some analysis of biblical passages. However, readers without any technical knowledge should easily be able to follow what he says. He is a British national who lives in the south of Scotland. Max has been a Christian for more than 30 years. You may follow his blog here: http://maxaplin.blogspot.com/ 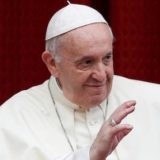 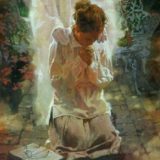