Where is your joy? 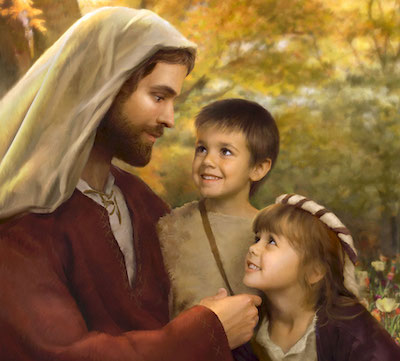 “Take delight in the Lord, and he will give you the desires of your heart”(Psalm 37:4). The important yardstick which decides our success in life is where our joy is. To find delight in the Lord is the most glorious thing, but as we think it may not be easy for everybody.

Once a young man who was attending the retreat came to me and told me, “Father, I cannot remain here. I am feeling uneasy. When I listen to the Word of God being preached, I feel as if I am getting mad”.

I made him sit in his room and talked to him for some time. He was doing higher studies and while staying in the hostel he became addicted to alcohol and pornographic movies as a result he failed in most of the examinations. He came to attend a retreat due to the influence of his good friend.

I prayed with him for some time and suggested that on Tuesday which was the day of confession he should make a good confession and all his uneasiness would disappear, I advised him to hold on till then. He replied that he would follow whatever I had told him.

When the retreat got over on Friday he came to me and told me with great joy that now he was not feeling like going back home, he also said that he had taken leave from the college and had to return as early as possible or he would have attended another retreat. On the day of confession the young man got deliverance and healing, when he was ready to abandon all the evil ways which were blocking the joy in his life and after his confession he found joy in the Lord.

To find joy in the Lord we have to live as per the Word of God.” Therefore, rid yourselves of all sordidness and rank growth of wickedness, and welcome with meekness the implanted word that has the power to save your souls.”(James 1:21)

When we look into the life of Saint Augustine we see that he used to experience joy in the world and the flesh. But after his repentance, he became a new person and found great joy in the Lord. One day after his conversion experience as he was walking on the road a woman called him from behind with whom he was in a relationship earlier and asked him whether he was Augustine. To this Augustine replied that the old Augustine was dead and he was the new Augustine. This is the quality of a person who finds joy in the Lord.

Nowadays we see that people find joy in accumulation of wealth, in the flesh and liquor and thereby lose their faith and fear of God. Due to this we find that there are blocks and troubles both in the personal life as well as the family life of many. “Can papyrus grow where there is no marsh? Can reeds flourish where there is no water? While yet in flower and not cut down, they wither before any other plant. Such are the paths of all who forget God; the hope of the godless shall perish. Their confidence is gossamer; a spider’s house their trust. If one leans against its house, it will not stand; if one lays hold of it, it will not endure”(Job 8:11-15)

John D. Rockefeller who died in 1937, was a very rich industrialist in the USA whose income used to be thousands of dollars and he had great knowledge of how to increase wealth and how to preserve it. At the age of 43 he got affected by a serious sickness and even though he was getting the best treatment it was to no avail. The doctors who treated him informed him that he would live only for a few days.

One of his friends who was a doctor told him that the treatments were not working because he was always thinking about wealth and it was pressurising him. The doctor also told him to do charitable work and use the money for a good purpose, and then he would be healed. He was sure of his impending death and so he decided to give a good amount for research on diseases where medicines were not yet discovered. He also gave a good amount of wealth to help the poor and the needy besides that he also gave money for God’s work.

Now without worrying about his finance he started praying and that is when he began to experience miracles in his life. He began a charitable trust and began reaching out to others, he died at the ripe age of 97. When he experienced God’s love and love for his neighbour God extended his life and blessed him with peace and joy both in his personal as well as family life.

Jesus has taught us that it is foolishness to accumulate wealth for oneself instead we are called to become rich in God sight. Jesus teaches us about this in the parable of the rich fool (Luke 12:16-21).

If we have the grace to grow in the fear of God and find true joy in the Lord, then the Lord will satisfy all the desires of our heart.

Loving Abba Father, fill with the Holy Spirit all those who seek joy in worldly pleasures, pleasures of the flesh and liquor and anoint them so that they may grow in the grace to find true joy in the Lord. Amen 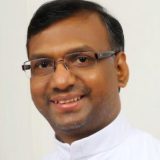 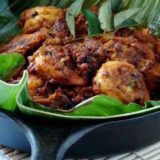 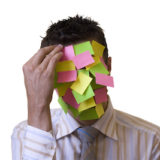 Next Story
Cannot deal with all the stress