What makes a great father? 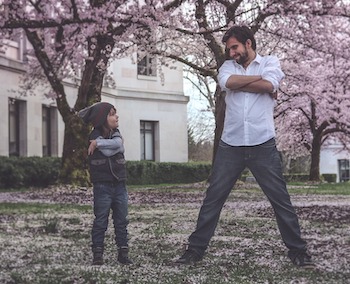 Though we’ve talked about our fathers before, we hope that you don’t mind us doing so again.

When I talk about my father (and La Moyne’s) the precious memories of their Faith in God are the same concerning these two godly men.

On this Fathers’ Day, I want to pay my respects to Woodie Wiginton….the best farmer in SW Oklahoma. I hope that my Dad’s faith will help build faith for your own life.

Let’s examine ‘life on a farm’ and the faith lessons learned by all 4 sons. Two were Christian businessmen and two became preachers. All 15 grandchildren are committed Christians, for which we praise God….and for which we thank Mom and Dad for their examples!

The following statements on Faith represent our Dads…I hope that you can learn from these:

THE FAITH-LIFE RESTS ON AN EXPERIENCE OF COMPLETE TRUST AND FOLLOWS THE BEST EXAMPLE….JESUS! ~’We reap if we faint not’ (Galatians 6:9) Our parents lived this kind of ‘faith-rest’ life of absolute trust, resulting in obedience to the will of God, no matter what!

THE FAITH LIFE ALWAYS SEES SOME HOPE! ~Dad bought the adjoining 80 acres in 1924 and finished paying for it 20 years later. God worked through their faith and the Federal Land Bank (and persistent faithfulness) accomplished this. This kind of faith receives….and gives…all that God asks.

THE FAITH LIFE ALWAYS SEES ETERNITY IN LIFE. ~Their example at home was great, but early on, they realised that the home AND the church were necessary partners in rearing us for Eternity. We were faithful to church and I can still hear Dad’s bass voice and Mom’s alto voice as we sang hymns. (It was a joy for La Moyne and me to sing in a quartette with Mom and Dad)

Dad served on the Nominating Committee and when they asked for his input on ‘What is the most important thing for workers in church’, he replied, “Ask them the question, ‘How much do you love Jesus’?”

Dad’s favourite song was ‘Face to Face With Christ My Saviour’. This he did in life….and in death. He saw this as God’s World and was always grateful for the sandy-loam dirt farm he inherited. It weathered the droughts, of which there were many! He truly felt that he was a partner with God, but he always knew ‘Who’ was Boss!

THE FAITH LIFE IS LIVING LIFE UNDER THE CONTROL OF GOD! ~It is not an automatic means to ‘bind’ God to our whims, but is centred in submission to the Will of God.

Dad was called to be a farmer and Mom felt called to be a Christian homemaker…as much as I felt called to preach. They knew that the battle was the Lord’s (II Chronicles 20:15) and that we walk by faith and not by sight (II Corin. 5:7). The drought of 1936 (only 3 bales of cotton on 70 acres) was followed by a great alfalfa seed crop in 1937. That good crop allowed us to take our first real vacation. Many times, I’m sure that ‘doubt and fear’ knocked at our door…but Faith answered and they were gone. Dad truly believed that ‘we will reap, if we faint not’ (Gal.6:9)

THE FAITH LIFE IS BEING GOOD STEWARDS OF GOD’S GIFTS TO US. ~Dad received the 80 acres from God through his parents and took great care of it. When he plowed the cotton and turned at the end of the rows, he would make sure that there was no Bermuda nor Johnson grass on the plows. He knew that those would ruin the value of God’s gifts to him. In other words, he took care of God’s inheritance….and so should we.

He also used the wisdom of God to diversify cotton and other crops with alfalfa, which enriched the soil. When Dad died, he left the farm in better shape than when he received it. Please apply this to whatever is YOUR inheritance from God and be faithful stewards and servants. Dad was God’s caretaker and he took it seriously….and so should we.

SOME CLOSING THOUGHTS ABOUT MY DAD: ~ Dad loved and lived life with great enthusiasm. I never knew anyone who exceeded Dad’s joy at harvest time. He attended regularly our ball games and other activities of us 4 sons. He not only attended them, but he (and Mom) were well known throughout the county for their ‘vocal support’ at our games:)

I like Colossians 3:23: ‘Whether you eat or drink…or whatever you do….do all for the glory of God’.

~The saying ‘The best thing a Dad can do for his children, is to love their mother’ was evident every day of our lives, as Dad was very open about his love for Mom. That same type of love was given freely to us 4 sons as Dad gave us bear hugs (and kisses on the lips) which was quite a scene for a 6’2″ guy who weighed 220 lbs. I can still see him now, waiting on the porch of our farm home, ready to greet each of us (and our children) with one of his bear hugs! That tradition is still carried on in each of our children and grandchildrens’ lives….for which we’re most grateful.

Dad had a friend in school who was not able to pronounce the letter ‘L’ so he would say,
“I like my woman with a little bit of fresh (flesh) on her”. Many times as Dad would hug Mom, we heard him say that to Mom.

Dad’s favourite expression was “It’s great to be alive!”. His favourite poem was: “If a task is once begun, never leave it ’til it’s done. Be the labor great or small, do it well or not at all!”

Dad died in 1968 of at 62 yrs. of age, but outlived all of his brothers except one. Mom lived on until 1990 when she died at 85 yrs. of age. They are now enjoying Heaven and we are so thankful for the many ways in which they made a ‘Heaven on Earth’ for us.

I’ve asked La Moyne to share some thoughts about HER dad. And this is what she had to say.

Since my dad was in road construction, we moved often to new job sites. When the weather forecasters name towns that might be in the path of an approaching tornado, I tell Travis, “I lived in that town” then as they name the next town, “I lived in that town too!” For me as a child, our moves seemed exciting, but now as an adult I realise just how difficult it must have been for my parents. Each time we’d move to a new place, the first thing my parents did was to find the nearest church. Years later when Dad was asked to be a Deacon, he hesitated as he felt unworthy.

Being the youngest of nine sons, he only attended school through the 9th grade so that he could help support his parents. I told Dad that he may have felt that he was not a ‘learned man’…but he was certainly a WISE man!!

Like Travis’ Dad, my Dad was very open about his love for Mom and us kids.
Some of my fondest memories are:
~Dad’s winsome smile
~his bear hugs
~hearing him sing the hymn “In The Garden”
~singing duets with him
~having him lead our family in prayer

“A father is someone who: ~listens with his heart ~speaks with his hugs ~teaches not by words…but by example.” Two particular times stand out in my memory when Dad taught us by example. One time when we were in debt due to Dad’s serious illnesses, Dad said, “Let’s go down in the basement, get on our knees and ask God to help us”. So Mom, Dad, myself, my brother and little sister went downstairs and knelt…as Dad led us in prayer. Another memory was when I was quite young. Dad worked at a Naval Base, so he asked permission to take some of the scrap metal they were going to throw away.

Dad (who could make or fix ANY thing) made an air conditioner from those pieces of scrap.
Several weeks later, Dad asked me if I’d like to go with him to deliver the air conditioner.

We took it down to the movie theatre in the part of town where people of other races lived….and Dad set it up for them. My parents’ love/concern/example for all people set the tone for my call to missions later in life.

These are some thoughts about Dad from my sister (who is 17 yrs. younger than I).

She said that she loved going with Dad to: ~Sears to look at tools ~Junk yards to see if they could find anything that they (or someone else) might be able to use. ~The Deaf/Blind School in our hometown of Colorado Springs where they would visit the people there. ~Take gift baskets to the Hospital for mentally ill people ~Just ANYwhere, as long as she was with ‘her pal’, Dad.

While we were in seminary, we spent the summers in Colorado Springs with my parents and Travis worked on the road crew with Dad. Travis said that he was impressed with the guys’ respect for Dad. He said each day at lunchtime, Dad would sit with a different group of guys and if the men were telling an ‘off colour joke’ or using bad language, when Dad sat down the conversation changed for the better! Travis said that Dad carried a little New Testament in his pocket and many times Travis would hear Dad sharing the ‘Plan of Salvation’ with someone.

What made all of this so special about Dad was that he basically was a shy guy. Dad died in 1981 of the only heart attack he ever had. It was SUCH a shock, yet we had seen Travis’ Dad struggle for over 2 yrs. My Dad had a sign on his pickup which read: “Don’t regret growing older, as it is a privilege that is denied many people”.

We could go on and on reminiscing about our Dads, but will close with Thanks/Praise to God, for allowing us the privilege of having fathers like…Woodie Odus Wiginton and James Gravlee Harris….and to be able to call them “Dad”. 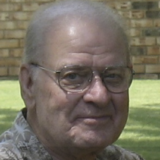 Travis pastored over 55 years – in Korea and in Hawaii, US. In 1951, at the first church he attended, Travis first saw the love of his life, LaMoyne, singing in the choir (although they grew up just 30 mins from each other) From the first day together, to their wedding, to the end of their days, they were inseparable. As a teen, LaMoyne too had felt God directing her to serve as a missionary, so the couple went to Korea in 1960; Travis studied Korean 7 hours daily. He enjoyed all sports. He passed away on June 4, 2019, leaving a legacy of love and friendship. 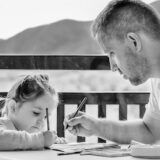 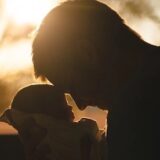