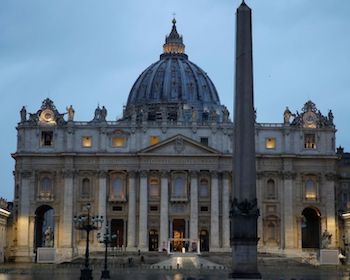 The Vatican expects a deficit of nearly 50 million euros ($60.7 million) this year because of pandemic-related losses.

The Vatican has said the figure would grow to 80 million euros (£69 million) when donations from the faithful are excluded.

The Vatican released a summary of its 2021 budget that was approved by Pope Francis and the Holy See’s Council for the Economy, a commission of outside experts who oversee the Vatican’s finances.

The publication is believed to be the first time the Vatican has released its projected consolidated budget, part of Francis’s drive to make the Vatican’s finances more transparent and accountable.

Francis particularly wanted to release information about the Peter’s Pence collections from the faithful, which are billed as a concrete way to help the Pope in his ministry and works of charity but are also used to run the Holy See bureaucracy.

The funds have come under scrutiny amid a financial scandal about how those donations were invested by the Vatican’s secretariat of state.

Vatican prosecutors investigating the office’s 350 million euro investment in a London property venture have said some of the money came from Peter’s Pence donations. Other Vatican officials dispute the claim, but it nonetheless became a cause for scandal.

Francis has defended the Vatican’s investment of the Peter’s Pence funds, saying any good administrator wisely invests money rather than keeping it in a “drawer”.

According to a release from the Council for the Economy, the Vatican received income of 47.3 million euros from the Peter’s Pence collections and other dedicated funds, and made 17 million euros in grants, leaving a net of 30 million euros.

Sexual abuse and financial scandals in the church are believed to be at least in partly responsible for the decline.

The Vatican’s overall operating income decreased by 21%, or 48 million euros, last year. Its revenue took a bad hit from the pandemic-related closure of the Vatican Museums, which saw only 1.3 million visitors in 2020 compared with nearly seven million the previous year.

The museums, along with the Vatican’s property holdings, provide most of the Holy See’s liquidity. 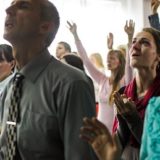 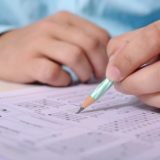 Next Story
Prayer for those facing exams