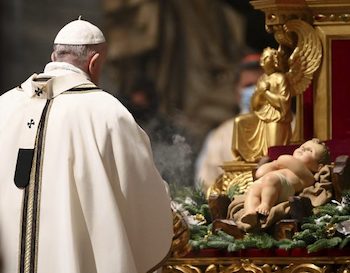 The Vatican has urged Catholics to get vaccinated against coronavirus.

There’s some concern among Catholics about the vaccine as cells from decades-old aborted foetuses are being used by some researchers working on Covid-19 vaccines.

But in a statement, the Church said it’s morally acceptable to take the vaccine and doing so doesn’t amount to co-operation with abortion.

“All vaccinations recognised as clinically safe and effective can be used in good conscience with the certain knowledge that the use of such vaccines does not constitute formal co-operation with the abortion from which the cells used in production of the vaccines derive,” the Vatican’s Congregation for the Doctrine of the Faith announced.

The statement, which was approved by Pope Francis, also said it’s imperative that poorer countries also have accesses to Covid-19 vaccines.

Last week, the US Conference of Bishops expressed support for Catholics taking the vaccine.

A statement by two of the group’s members said: “Given the urgency of this crisis, the lack of available alternative vaccines, and the fact that the connection between an abortion that occurred decades ago and receiving a vaccine produced today is remote, inoculation with the new Covid-19 vaccines in these circumstances can be morally justified.”

They added that they preferred the Pfizer/BioNTech and Moderna vaccines over the Oxford/AstraZeneca vaccine.

The Pfizer/BioNTech and Moderna vaccines use cells from aborted foetuses to test their vaccine. However, the Oxford/AstraZeneca vaccine uses the cells in the design, development, production and testing stages.

Those who refuse to use vaccines “must do their utmost to avoid” spreading infection, it added.

The note also highlighted the “moral imperative” of the pharmaceutical industry, governments and international organisations to ensure that vaccines “are also accessible to the poorest countries”.

On Christmas day, as many are unable to see friends and family due to the coronavirus pandemic, Pope Francis said the development of vaccines is a “light of hope,” and urged wealthy nations to ensure equal access for poorer countries.

Speaking from inside the library of the Vatican’s apostolic palace, Pope Francis in his Dec. 25 Urbi et Orbi address said that on Christmas day, “we celebrate the light of Christ who comes into the world, and he comes for all, not just for a few.”

“Today, in this moment of darkness and uncertainty amid the pandemic, some lights of hope have appeared, such as the discovery the vaccines,” he said, adding, “for these lights to be able to illuminate and bring hope to the entire world, they must be available to everyone.”

“We cannot allow closed nationalisms to prevent us from living as the true human family that we are. Neither can we allow the radical virus of individualism to overcome us and render us indifferent to the suffering of our brothers and sisters,” the pope said, insisting that “I cannot put myself before others, putting the laws of the market and invention patents above the law of love and the health of humanity.”

Pope Francis then appealed to all heads of states, businesses and international organisations “to promote cooperation and not competition, and to seek a solution for everyone, vaccines for everyone, especially the poorest and most vulnerable in every region of the planet. In the first place, the most needy and vulnerable.” 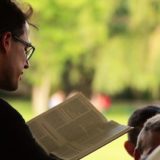 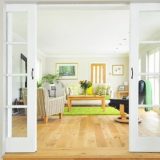 Next Story
Ways to redo your home