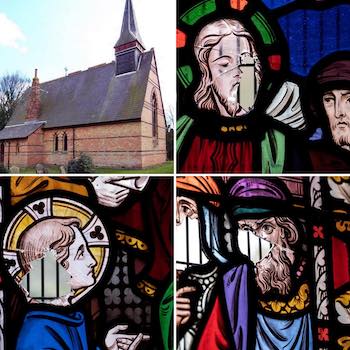 Vandals have desecrated a village church by shooting the faces of Jesus and saints out of  stained glass windows.

They entered the St. Helen’s Church in the village of Little Cawthorpe in Lincolnshire during Easter week and targeted the faces of saints and of Jesus Christ on the stained-glass windows.

The church is currently under the care of the Churches Conservation Trust.

CCT said they are inspecting the damage and expect it will cost thousands of dollars to repair.

“Carefully aimed projectiles have fractured specific areas of the glass, mainly several heads and faces of the depicted human figures and animals. Examination of the centres of impact which are circular and measure about 3mm-5mm in diameter would suggest an airgun pellet or small stone fired by a catapult. Some of the damage is at a height too great to have been attacked from ground level except with some kind of long implement using exceptional force,” a  statement from the trust said.

They added that the crime is especially “upsetting to local people from the tiniest parish in Lindsey who cherish this church and who saved it from certain demolition”.

St. Helen’s was built in 1859 to replace a medieval church, although the site has been used for a church since at least the 1100’s. The stained-glass windows were installed between 1860-1890. The south windows depict Jesus Christ and the Doctors and the Presentation in the Temple. The west window shows Noah’s Ark, the Baptism of Christ and the Crossing of the Red Sea.

“This heritage crime attack is particularly upsetting to local people from the tiniest parish in Lindsey who cherish this church and who saved it from certain demolition in 1996 after it was declared structurally unsound. We at The Churches Conservation Trust became involved in that year and we now own this historically significant building, keeping it open for everyone to visit and use,” the statement added.

Police are investigating the incident.

The Churches Conservation Trust has launched an appeal to repair the shattered windows. 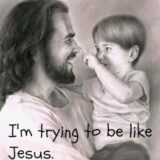 Next Story
ABBA: thank them for the music