‘Vaccine not mark of the beast’ 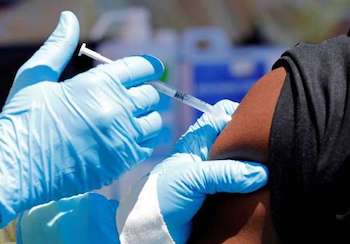 The Christian Medical Fellowship (CMF) has warned against people refusing to take the Covid-19 vaccine due to scepticism about the jab.

The UK has become the first country in the world to approve the Covid-19 vaccine from Pfizer and BioNTech, paving the way for vaccinations.

Some Christians are suspicious about the vaccine and believe it’s a pathway to government control.

Last month, California megachurch pastor Greg Laurie addressed the concerns in a sermon and said he doesn’t think the vaccine is the mark of the beast. He added, “it is interesting… we should not be looking for the anti-Christ, we should be looking for Jesus Christ.”

In July, Christian rapper and fashion designer Kanye West told entertainment magazine NME any Covid-19 vaccine would be “the mark of the beast”.

“It’s so many of our children that are being vaccinated and paralysed,” he claimed. “So when they say the way we’re going to fix Covid is with a vaccine, I’m extremely cautious. That’s the mark of the beast. They want to put chips inside of us, they want to do all kinds of things, to make it where we can’t cross the gates of heaven.”

The mark of the beat originates from the Bible verse Revelation 13:15-17: “He was given power to give breath to the image of the first beast, so that it could speak and cause all who refused to worship the image to be killed. He also forced everyone, small and great, rich and poor, free and slave, to receive a mark on his right hand or on his forehead, so that no one could buy or sell unless he had the mark, which is the name of the beast or the number of his name.”

The “mark of the beast” regularly pops up in conspiracy theories, often expressing a fear of technology (commonly referencing microchips), governments, and economies.

When triggered by an electromagnetic interrogation pulse from a nearby reader device, a passive Radio Frequency Identification (RFID) tag can transmit its unique serial number back to the reader. The passive tag is powered by the energy of the incoming radio waves. RFID tags are widely used in library books (eliminating the need to scan barcodes to check books in and out) and ‘chips’ to identify pets. Tags typically need to be within 10cm–1m of the powered reader to be activated. Small RFID tags have been successfully implanted in researchers and employees, allowing them convenient access to payment and building access control systems. The antennae are typically encased inside a glass capsule — 12mm x 2mm — too large to fit through the needle of a syringe.

GPS technology that can actively track your position by triangulating signals from overhead satellites requires battery power, much too large to inject.

Steve Fouch from CMF told Premier News that out of all medical technologies, vaccines have had the biggest positive impact on human health.

“They have eliminated some of the most deadly diseases like smallpox,” he said. “They have brought under control a lot of other major illnesses that were scourges of the human race for many years. And they have improved the life expectancy of people across the world. So people often hear half-truths and little stories that make them scared about vaccines. But the reality is, they’re the biggest lifesaving medical technology, except possibly clean water, that we have ever developed.

“We have to remember that God enables science and medicine.”

The UK Government has secured 40 million doses of the Pfizer/BioNTech vaccine, with 10 million due in the UK by the end of the year. Patients need two doses, meaning not enough shots have been secured for the entire UK population. Work has been going on behind the scenes to ensure that NHS staff are ready to start delivering jabs to the most vulnerable, as well as health and care workers, as a priority.

The NHS Nightingale Hospitals have also been earmarked as sites for mass vaccination clinics – among other uses. In addition, NHS leaders have said there will be “roving teams” deployed to vaccinate care home residents and workers.

Traditionally vaccines can take years to research and develop, and Fouch said some people are concerned that this vaccine took less than a year. However, he insisted the safety has not been compromised.

“The way they’re doing these trials, because they we recognise that we need to get the vaccine quickly, a lot of the safety steps and processes that you would normally go through are happening all at the same time. So things seem to be happening much quicker than normal, which is interesting, because it shows that when there’s the political will and money behind it, we can actually get drugs and medicines through much more quickly than normally happens. The same steps have happened. They haven’t cut corners on this to get to this point.”

Meanwhile, Christian senior Tory MP Sir Desmond Swayne has said Boris Johnson, his ministers and their loved ones must take a Covid-19 vaccine first to convince Britons of its safety.

Sir Swayne, Conservative MP for New Forest West, also warned any attempts by the Government to coerce people to have the jab would “set the seal” on its “reputation as the most authoritarian since the Commonwealth of the 1650s”.

His remarks came as the Government was warned against the creation of a vaccine passport for people who have had a Covid-19 vaccine.

New vaccines minister Nadhim Zahawi said jabs will not be compulsory but added that hospitality and entertainment venues might insist on seeing proof that customers have had one. 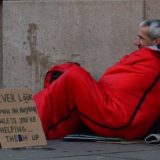 Previous Story
Practice what we preach
→ 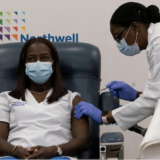 Next Story
Nurse gets first Covid jab in US