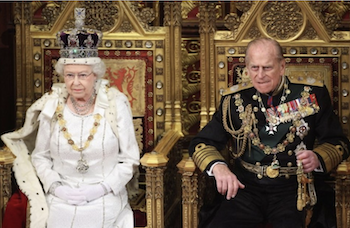 A statement issued by the palace just after midday spoke of the Queen’s “deep sorrow” following his death at Windsor Castle on Friday morning.

The Duke of Edinburgh was the longest-serving consort in British history. The duke and the queen were married for more than 70 years and Philip dedicated decades of his life to royal duty.

He had returned to Windsor on 16 March after a month in hospital.

British Prime Minister Boris Johnson said he “inspired the lives of countless young people”.  The duke had “earned the affection of generations here in the United Kingdom, across the Commonwealth, and around the world”.

“It is with deep sorrow that Her Majesty The Queen announces the death of her beloved husband,” the palace said. His Royal Highness passed away peacefully this morning at Windsor Castle.”

“The Royal Family join with people around the world in mourning his loss.”

Justin Welby, the Archbishop of Canterbury, said the prince “consistently put the interests of others ahead of his own and, in so doing, provided an outstanding example of Christian service”.

Royal photographer Arthur Edwards, described him ‘as a good Christian man.’ Edwards took many photographs of the Queen and the Duke Edinburgh over the years and said the prince’s faith was evident.

“He’s a very Christian man. When I’ve seen him in church the first thing he does is say his prayers, he is deep in prayer throughout the whole service.”

“My strength and stay”

A blunt-speaking naval officer who as Queen Elizabeth’s dutiful consort helped modernise the British monarchy, Prince Philip might be best remembered for his gruff public persona.

Outspoken and irascible, Philip lived in the shadow of the woman he married at Westminster Abbey in 1947 and always walked a step behind the queen at the thousands of ceremonial events they attended during her reign, the longest in British history.

Though he had no official role, Philip was one of the most influential figures in the royal family for more than 70 years.

While he was often criticised for his demeanour and sometimes brusque remarks, friends said that as Queen Elizabeth II’s closest confidant he brought wit, impatient intelligence and unflagging energy to the monarchy.

“He has, quite simply, been my strength and stay all these years,” Elizabeth said in a rare personal tribute to Philip during a speech to mark their 50th wedding anniversary in 1997.

“I, and his whole family, and this and many other countries, owe him a debt greater than he would ever claim, or we shall ever know.”

If Philip harboured frustration at his life as consort, he never publicly showed it.

But in a tetchy interview with the BBC to mark his 90th birthday, he did reveal that in the early days he struggled to find a role for himself.

“There was no precedent. If I asked somebody ‘what do you expect me to do?’ they all looked blank – they had no idea, nobody had much idea,” he said.

Born in an age of deference to monarchy, Philip helped Elizabeth navigate the political and social upheaval of the 20th century to craft a monarchy fit for a different time.

Often facing a deeply traditional court, he reformed the palace and tried to harness the growing power of television to project royal influence.

He pushed for the queen’s coronation in 1953 to be televised live and behind the scenes removed outdated behaviour in the palace he regarded as stuffy.

He was the first royal to do a TV interview. 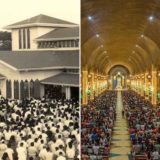 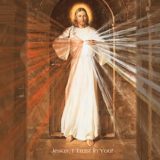