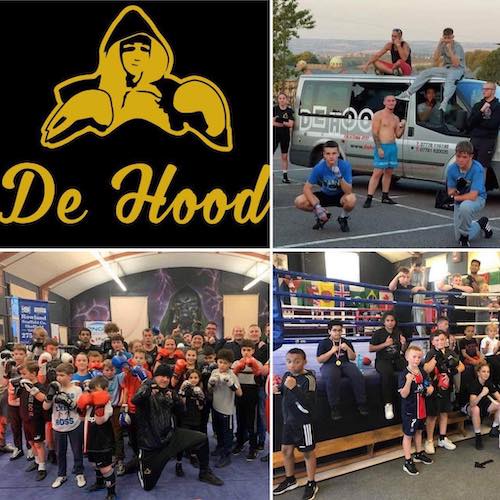 He takes kids off the streets and into the boxing ring. And they need your help.

Reagan Denton, 40, set-up De Hood in 2011 due to the violence he witnessed in Manor Estate, Sheffield, England. “I could see kids on there out of control. A kid got stabbed, a 14-year-old kid stabbed another 14-year-old kid and another got shot outside my front door. Every day I was living with this – kids just messing about, chucking dog excrement across the street. When I went out and asked why they were doing it, they said they were bored,” says Denton.

Within months, Denton brought kids from the area into the gym, sweeping the streets in the nearby roads and asked them to join him on his runs.

“If they did well, I’d treat them to a bacon sandwich and they were confiding in me as an older brother or you know, whatever, a friend.”

The former Yorkshire boxing champion created the gym next to Prince Edward School, expanding activities into the school to include mixed martial arts, karate and judo. But it is boxing that has become the identity for the club, giving kids the opportunity to train, spar and chat to De Hood’s 20 trainers about their progress.

According to Sheffield City Council, only 1.2% of children in Sheffield who are accepted into university come from Manor Castle, the lowest of any ward across the city, but Denton wants that to change. “We’ve had kids now who’ve done the hard work and boxed and they’ve got jobs, they’re engineers and it’s giving them that opportunity to be something instead of being a criminal and up to no good. “There are 48 kids from this gym recorded for England and Britain across the Amateur Boxing Association, winning Yorkshire and national titles, so that’s what we can do.”

In 2013, Manor Castle was nicknamed ‘single parent capital of the UK’ after a report by the Centre for Social Justice highlighted that 75% of children in the area were brought up by one parent – mostly mothers. Denton believes that the gym can also help parents turn into role models. He added, “When I was young, getting into a gang meant being a part of something, luckily I had boxing what took me away, so I was with dedicated and disciplined people, pulling me away from a lot of trouble.

“Now we’ve made better kids and mums and dads; you see in the morning you’ve got parents hitting bags and then the kids come in later on, and it makes them a part of something positive.”

It was in 2015 that De Hood took over the old Prince Edwards primary school at Manor top in the tough Manor district of Sheffield. The idea is to turn this into the north of England boxing Academy.

The centre now takes 40 to 60 young people per night off the streets of Sheffield and diverts them away from gun and knife crime, drugs and antisocial behaviour. Sheffield has seen a spate of shootings and in 2018 alone they were eight stabbings across the city, thought to be linked to the county lines drug trade.

Reagan Denton sees it as his lifelong mission to work with his kids to ensure that they are not drawn into a criminal lifestyle (Just this week one man has been convicted of attempted murder, for a drive-by shooting in which a 12-year-old boy was shot in the leg, half a mile from the De Hood gym)

The centre is now trying to raise money for a new minibus or the costs of leasing a new one. De Hood is run entirely by volunteers. The minibus is to transport goods and supplies for the club and also to ferry volunteers and kids back and forth safely.

The kids and Reagan Denton needs your support for the great work he does in and around the Manor and Sheffield area. De Hood is a registered charity (No 1186218) Your contribution will make an impact, whether you donate a lot or a little.

So what are you waiting for? Join the fight; keep De Hood going! 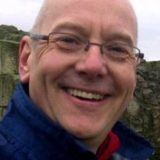 Andy works for the BBC as a Broadcast Journalist. He volunteers as a trustee for De Hood and also KickBack Recovery – which helps people recovering from alcohol and drug addiction. He is a swimmer, jazz lover and grandpa who enjoys cycling 50-60 miles on the weekends. He loves family time; he has three sons, one granddaughter and two step-grandsons. He is soon getting a black Cockapoo called Jett to help maintain his fitness and energy, at 62. 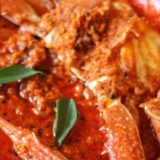 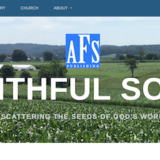 Next Story
A Faithful Sower