To be examined or not to be 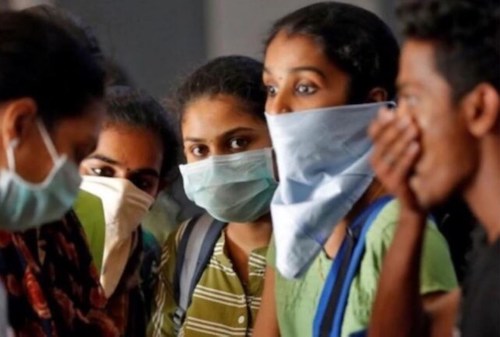 I have never been a fan of any kind of CATs (neither the written nor the four-legged kind) The CBSE, ICSE, State Board, CMAT, CET, GMAT, Punjab Board, CAT, NAT, BTE UP (not bite up) JEECUP (not kidding) ILSAT, JAM, KEAM, SAT, NET, GATE – exams of all kinds have come and gone these past two years, pandemic or no.

Can’t really say gone forever either, because I just saw pictures of thousands of youth strolling in, Corona mask and all, to write yet another exam, last week.

Exams are so much a part of our Indian lives that one’s bound to wonder who cares so much for them. Evidently, a lot of people do. See for yourself what life at our home was like just before my son started tenth grade. Wherever I turned, I heard, ”Next year, he is going to be in tenth, right? TENTH???”. Wow.

I knew, as a student who grew up in the UAE, facing both the Gulf Boards and the Indian boards, that board exams are big news. But we Indians love exams. I mean, exams are right up on top of our list along with gold, weddings, food and festivals. Every family has some kid preparing for some kind of entrance – that’s our kind of normal.

Anyway, Kenneth began tenth grade. And all hell broke loose. Hell at home, because just like his calculation-impaired mother, he both detests and is unable to do math. We tackled it best as we could. I vented to my religious cousins and got prayed over regularly. One school in town had labelled all the students weak in maths as almost dyslexic, so with the help of my cousin (another school principal), we switched to a happy school.

The school he went to was amazing, supportive and mainly, KIND. They made the kids feel like life wasn’t about acing maths alone. So we prodded on, running from one maths tutor to another. We eventually settled for one hardworking young man as his tutor – he breathed maths, talked maths, WhatsApped maths problems, questionnaires and stuffed math into my son with incredible patience. We have a ‘no phones for kids’ policy at home, so all these traumatising stuff came to my phone – I merely screenshot and showed those to my son, lest I have an embolism.

The kind tutor got us guides too and I steered all maths-related talks Kenneth-side. The tutor really loved his subjects, I assure ya. He once took a breather in our balcony (only because it was raining too heavily and Kenneth couldn’t hear him above all the din) My son thought he was giving him a break, but he wasn’t – he deviated into physics and photosynthesis – looking at my vegetable garden. I don’t think Kenneth has ever forgiven me for having anything at home – which could induce more science-related coaching, into him.

Tutor 1 was assisted by Tutor 2 who lived closer and really mothered him (his real mother can’t count numbers, remember?) She taught him too and helped him do the homework given by Tutor 1. All I did was pray with him and teach him more and more of the subjects I knew – may be to convince myself that I wasn’t a neglectful mother.

The kids plodded on. It was test after test after test. My living room, doors, kitchen and every wall available was soon looking like a rainbow – with 200 plus post-it notes on various subjects. Added to the usual exam stress was the ‘What will  uncle/aunty/chacha/chachi/anna/anni/didi/bhayya/chechi/cheta neighbour (insert family friend/relative’s name or title) say?’ factor – if he scored bad or God-forbid, failed maths.

Kids came home for combined study. They vented to me about their struggles, each one had a subject they hated. Mums and dads vented about poor scores, college admissions and more of ‘what people would say’. I once caught one child napping with his head on our study table. I let him sleep; I back anyone who struggles to comprehend maths. His mum later told me he woke up at 4 am, thrived on litres of black coffee and had to cycle for tuitions before school and after. No wonder kids quit school.

Being a cool parent is considered anathema. Mums worried and worried more that I didn’t worry. To the point that I almost got worried that I didn’t worry. And Kenneth kept acing English and Social Studies and flunking maths tests with gusto. My mother began lighting candles in every shrine within our state and beyond. Dad lit a few online. If it was politics, we Malayalees would hashtag the topic and get rid of the angst. This was our kids. People called and warned us about anything from forgetting to take the hall ticket, doodling on the answer sheet, pens that won’t write, misspelling name, missing an important essay question (and failing because of it) and a possible breakdown (automobile, not mental) on the way to the exam venue.

One month before the exams, the Corona battle began. Masked and sanitised, the kids completed coaching and exams. They had four sets of major tests, interspaced with revisions. I salute the teachers. They carry a cross that some of us would run a mile from (ask the parents who were forced to home-school kids during the quarantine and they’ll tell ya)

Halfway through the exams, the next confusion arose. ICSE could not complete all of them. State board could not. CBSE did, in Kerala, but couldn’t in the North. Kenneth did, thank God. These kids couldn’t celebrate because they were stuck at home, the other kids couldn’t celebrate because of the uncertainty over the remaining exams. After 3 months of hell (kids and parents driving each other crazy. More respect to teachers) the exams were conducted, some were judged based on the model exams and the rest got ready to get their results. Trauma upon trauma.

I have heard of student suicides in India and the day before the results were announced, I sat down and told my son, pass or fail, he and I were in it together. Life could still be possible. Please don’t give up. Maths was enough hassle without it leading anyone to suicide.

Day of the results. Phone calls and messages came in from random strangers I never knew. Heartfelt prayers from family and friends who have always been our support system. And then, CBSE decided it would keep us waiting another day. 24 hours more of agony.

I saw that Kenneth had moved into the living room because he couldn’t sleep with all that tossing and turning. The prayerful foodie in the class was caught announcing to his friends on Instagram that he had already fasted one day and now had to do it another day. Most were almost in tears. One was sitting up overnight, sending prayer requests far and wide. Some were on their terraces (I confirmed that they didn’t intend to jump, they just wanted to stay away from prying neighbours) And the last one – he was in the refrigerator. Yeah, I double checked. Kenneth assured me it was true. Apparently someone told the child that’s good for the adrenaline rush. The editor in me wanted to correct this scientific theory, but I didn’t. Matter of fact, I wanted to join them all in the freezer for a 24-hour deep snooze.

Noon. TV said results are out. Phones beeped, rang their heads off (even old phones that I never knew we had, anything with active SIM cards, made a noise) CBSE site crashed. We knew all the numbers – the roll number, the venue number, the school number, our own phone number, teachers’ numbers etc by heart by then and then resorted to ringing the school. Meanwhile cousins working in the field of education borrowed Ken’s details to run a search from their own systems.

Well, he passed. With not just 3 straight As, but acing his chosen Humanities subjects AND with a first class for maths! (if I hadn’t seen him when I had given birth to him, I would have thought we had switched babies at birth) For now, hell has truly frozen over.

And I have decided to warn every mum friend and every teacher I know – kindness goes a long way. We need to teach children that if they are good at a subject, they should work hard and do their best at it. If something is way too hard for them to learn, work harder, switch schools, syllabus, mode of study or tutors. Your child knows best and he or she should get to pick what he or she wants to study. They are not scapegoats who have to fulfil dreams which you and I could not fulfil for ourselves.

Be kind to the kids who just couldn’t score as well as your own. Be kind to their parents. Life already has put enough pressures on them, don’t add to those.

And if you are one of those parents whose child scored poorly or even failed – don’t worry, we will always have exams in school and in life. Your children can ace the next one. And they will need you by their side for that. So just be there.

PS: That poor lad got out of his fridge. He aced his exams too! And I hope he has finally gotten to pick subjects and a life – that won’t ever get him back into a refrigerator again. 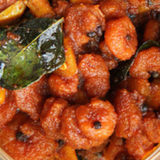 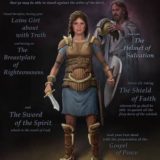