The true story of fake news 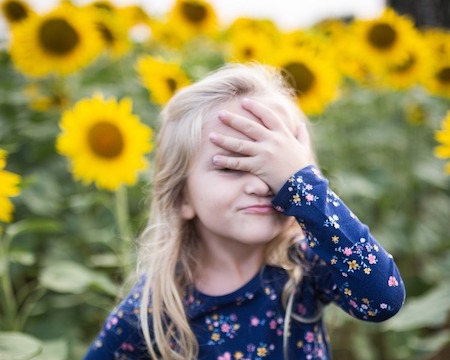 Last night, I dreamt I went to the Silicon Valley again. Bill Gates thanked me for saving Microsoft from bankruptcy by forwarding millions of emails to my friends. It ain’t easy being Gates when one day people call you the Anti Christ and then Covid vaccine steals that title from you.

Gates regularly features in the urban legends that are forwarded to me. Yeah we know 2020 was crazy.  We are all happy it is done with. To add to the stress, people are sending each other doomsday messages – a dime a dozen.

Someone is always labelled the Anti Christ. When that is proven wrong, they ask us to petition, so that Yahoo and Facebook would continue to be free.

Some fake widows frequently beg my powerful assistance on behalf of their assassinated husbands. They have promised to transfer money into my account. As if tempting me in English was not enough, they are now emailing me in French. Can you guys please Google before forwarding those lores – there are websites such as snope.com an truorfalse.com to prove you wrong (yeah, they do the research and tell you if that story you forwarded to everyone you knew – is false) Coronavirus-related advertisements and apps are in plenty – then some fake ones too.

Coke lore abounds. Apparently coke can make a tooth vanish faster than a tooth fairy. What must it be doing to our stomachs?

Got a lovely video of a bird that said, “This bird is called Canary da Mata. At sunrise it opens its wings. It looks like it’s praising God”. Sounded awesome, but it was Victoria’s Riflebird from Australia that was just trying to attract its mate. Ouch.

A concerned neighbour warned me while I was entering a KFC joint that KFC is trying to increase profits by developing genetically engineered chickens that have no heads, no beaks, no legs and no feathers. But KFC says their chickens are raised from real chickens. Phew. My chicken fanatic son would be super-thrilled. When we considered a big move to Kerala years ago, HIS only concern as a toddler was – would there be enough chickens to go around – what if Keralites had finished eating up all the chicken?! God forbid. We still have a few chickens left and everyone is happy and no one’s complaining.

Some say Neil Armstrong referred to his neighbour during his lunar walk. Others believe that cockroach eggs would incubate in our mouths if we licked envelopes (now that would be of no concern today, cos we just don’t send letters by post anymore)

Emails warned me that atheist Madalyn Murray O’ Hair has petitioned the Federal Communications Commission to take religious programs off the air. Interesting, but O’ Hair is dead. Must be turning in her grave. The FCC has been denying this for 20 plus years.

Sales of Nostradamus books soared after 9/11. He apparently predicted the attack. Experts say this not accurate. Worse still, some of the quotes attributed to Nostradamus are from a student who wrote a critique on Nostradamus. Argh.

A Scottish farmed saved a drowning boy’s life. The boy’s nobleman father then helped educate the farmer’s son. The son grew up to become Sir Alexander Fleming and discovered penicillin. The nobleman’s son Winston Churchill later had pneumonia and was saved by penicillin. Warmed the cockles of my heart, but false again.

Some of these are heart-wrenching. Baby Rachel is suffering from cancer and AOL has promised to pay her dad for each forwarded mail. I wasted time on this to prevent feeling sorry later. Before you judge my state of mind, some stories come with the signature, “You have two choices. You can send this page on or pretend it never touched your heart”. I want to do my share too. But I have not forwarded mails that say, “If you forward this message to ten people, the name of your partner or your photograph will appear on your computer screen.” I have a mirror.

A woman who was pricked by a needle at the cinema apparently found a note that said, “Welcome to my world…you now have HIV.” But we have not found those yet. In Dubai, they once found a snake, but not a syringe.

Hate hoaxes are many. I am relieved that my African Americans friends can vote after 2020.

An email warned us that if we bought a US postage stamp commemorating Muslim holidays, we would be supporting terrorists. Another mail announced that dead babies or foetuses were Taiwan’s hottest food. The article infuriated Taiwan, which does not condone cannibalism.

The story about Dr Howard Kelly is true according to his biographer Audrey Davis. A little girl who gave Dr Kelly a glass of milk at a Pennsylvanian farm house was later operated on by him. She got a note, “Paid in full with one glass of milk.” But the meatier internet version goes, “One day, a poor boy who was selling goods from door to door to pay his way through school, found he had only one thin dime left, and he was hungry…”

After reading BBC’s report on stolen kidneys (true) and its gruesome variants, I am determined to check my sides if I ever have to stay in dingy motels in dodgy places.

Some messages inform us that our bank details would be given out if we opened some email. Some say every data on our computers would be deleted. This one must be voted the most durable hoax of all times, as people still fall for it. And the saddest part is, some people still give away passwords, ids, numbers etc to random strangers. Caution please. These are the ones who try to charge their iPads with onions (popular hoax-turned-into-disaster for many, although the smell of onions put some off. And if you want to use a deodorant, they warn you saying that causes breast cancer. Owww)

Someone told me Russia holds face-slapping contests every year. The jovial slapping continues until the best slapper wins. Thought the person who told me the story hated Russians, but apparently the story is true. With bare hands and no head protection – the competitors take turns to slap one another – hard – around the face. To maintain balance after being slapped, competitors hold on to a sturdy stand that is placed between them – but often extra help is required to keep them on their feet. Competitors even warm up their palms and their cheeks! Some competitors are knocked out first blow, even with a correctly delivered slap (Whoever said life was boring?) Evading the slap is a foul, so I ain’t competing.

Another gem: A man who shot himself in the head inadvertently saved his own life when the bullet excised his inoperable tumour. False. But I hear that the story of a soldier in Iraq, who was hit by a pistol shot on his tooth, is true. The bullet hit Sgt. C in such a way that a front tooth took the impact of the shot and saved his life. Some are using this story to encourage children to brush their teeth. True. Really.

Right now, when we are still finishing off slivers-turned-into-slabs of chocolate cake from the table, is the best time to make New Year resolutions.

So here is one New Year resolution – one of them – spread love and not hate, truth and not lies. Always cross-check and then hit forward. Or preferably, check if its true and turn it into a story (journalist hassled by too many uninteresting stories and in search of appealing ones, seeks fellow sufferers) 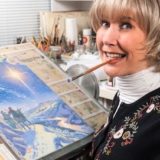 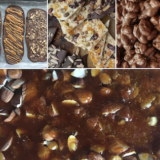