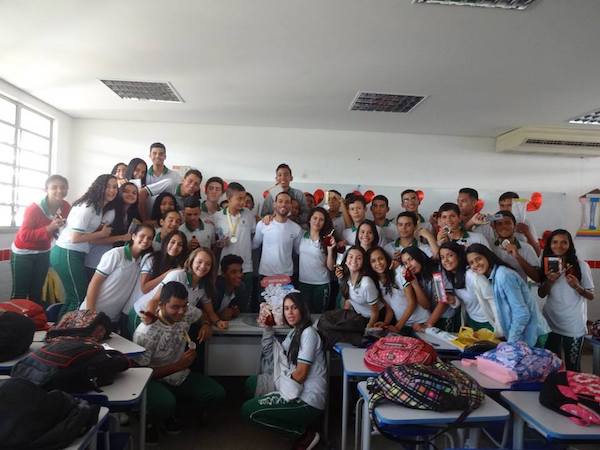 Few words, just tears. They come easily during these times when many have lost their jobs.

When Brazilian teacher Bruno Rafael Paiva found himself sleeping on the classroom floor and struggling to pay his bills as his school had not paid him for months, his students stepped up.

Bruno Rafael Paiva lives and works in the Ceará State of Brazil. His family has struggled for four years trying to get his sister through medical school. In Bruno’s own words, “A course that in Brazil is very difficult to pass. We have sacrificed a lot. In our house there is no more sofa, the refrigerator is falling apart and my mattress is on the floor”.

Bruno went to work in a nearby city school as an art teacher. He never imagined what was waiting for him there.

“I went to cover a license of another teacher, so my contract was for two months with a chance of being renewed. But the little money I had was not able to keep me in town”.

Bruno slept at the school, had lunch at school and after two months he discovered that he was not going to receive his salary yet and would have to work another month.

“I saw it all collapse, everything went black. All the people who could have helped me, had helped me. I could not see salvation. The students knew that I slept in school, but then they learned of my situation too and that I was probably going to leave school. Without knowing anything, without telling anyone. They got together and held a raffle. They sold all the raffle tickets in just four days and raised R$400 (equivalent to AU$130)”, says an emotional Bruno.

“Not only did they raise this money, they also made a dynamic surprise for me. When I walked to the classroom believing it to be another normal school day, there was a message stuck on the door inviting me to “come in and read.” There was a message on every chair and table in the classroom. I read notes like: “We know we’re messy but that’s not all,” “We want to apologise, for all our talking,” “Knowing your situation we decided to join together, for you know how to be a friend,” “We hope you like it! With much affection, the First Edification.””

When Bruno reached his desk, there was a small box. A box with R$400 to help him stay another month in school so he would not leave.

“When I saw that, I was caught. I was paralysed, not believing, I started to get nervous, to tremble. No one had ever done it for me. No student. I really did not believe it. And I ended up crying in front of the whole room”.

“It was the most exciting day I have ever had. I had the gift of feeling protected by my own students. They wept also, and in the end they all stood up and embraced me”.

The video that went viral in Brazil, showed the teacher and students in a group hug.

“In Brazil, I see many videos of students disrespecting and even attacking teachers. When this happened to me, I could not keep it to myself. My happiness was strong and overwhelming. I felt compelled to share it with friends and family so I posted it on my Facebook. Today with more than 6 million visualisations, the video is known all over Brazil and is running the world”.

“I could not be gifted with greater honour than knowing that thousands of people across the globe are coming back to believing in love for others in the importance of affection thanks to what I have experienced.

Thankfulness completes me. Thank you all. To be a teacher is to love what you do. It is building in unity and achieving exciting results together. That love always prevails.

Bruno has signed off his note as “Teacher & Magic Maker”. 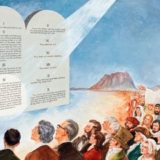 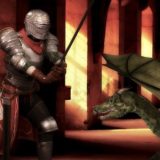