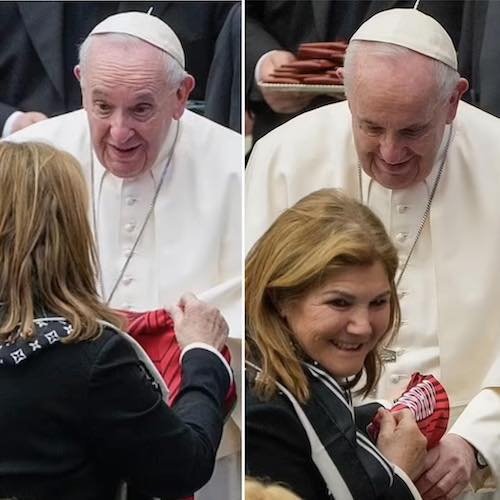 The five-time Ballon d’Or winner’s mother had travelled to the Vatican for the Pope’s General Audience, a weekly occasion during which the head of the Catholic Church greets members of the public and offers guidance.

Maria, a former cook from the island of Madeira, attended the weekly general audience in the Paul VI Hall in the headquarters of the Catholic Church where she presented the pontiff with the jersey.

Dolores posted a picture of the meeting on Instagram.

She wrote: “A very unique emotion.  Thank you, Pope Francis.”

It appears the Ronaldo family has not held a grudge with the religious leader after he once declared rival Lionel Messi as the best footballer of all time.

Ronaldo and his family are practising Catholics, with the striker saying in 2018 while playing for Juventus in Turin that he still attends church every week.

He said, “I am Catholic and I go to thank God for everything he gives me. I don’t ask for anything, thanks to God I have everything, I simply thank him for protecting my family and friends”.

Meanwhile Francis is a life-long fan of his local Argentinian team San Lorenzo and is known to be a big football fan.

He has previously been presented with a shirt by his fellow countryman Diego Maradona.

After they won the Copa Libertadores in 2014, the South American equivalent of the Champions League, the team travelled to the Vatican to present the trophy to the ardent fan.

Francis has also recalled playing football with a ball made of tied-up rags during his impoverished childhood in Buenos Aires. 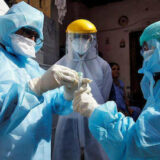 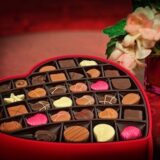 Next Story
That perfect Valentine gift