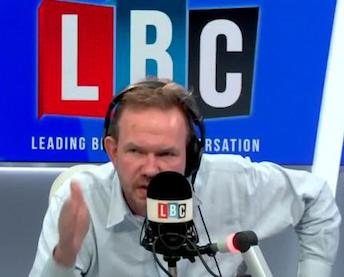 A radio presenter has clashed with a church pastor who said he would pray for gay people to ‘help them overcome’ homosexual feelings.

LBC presenter James O’Brien called the pastor “a disgrace” during a debate over same-sex attraction.

Pastor Walter from a church in Warrington called ‘The Mystery Hour’ programme to share his thoughts on the government’s set of proposals to ban ‘coercive’ conversion therapy under new legislation coming out next year.

Pastor Walter said he agrees that all abhorrent practices such as “electric shock therapy” and even stories of “fathers attacking their daughters who came up as gay” should be banned but found it difficult to understand how praying for someone was the same as those practices.

“If a consenting adult came to me as a pastor and explained that he or she had same-sex desires or feelings, whatever word we want to say, I can’t see how me praying for them to help them overcome that, or again, however, you want to word that, is the same as doing the other sorts of things mentioned.”

LGBT Christian activists want ‘coercive prayer’ to be included in the conversion therapy ban, as they believe “any prayer that is made with a precondition that one has to be straight, that one has to fit a certain norm” is harmful.

However, many Christian leaders have expressed concern about this issue as they think the ordinary work of churches could be criminalised and therefore interfere with their freedom of belief.

But LGBT campaigners say they are referring to “focused prayer on an individual that has a predetermined, one-way directional outcome” and not preaching or praying in large groups about the subject.

O’Brien then asked the pastor: “How hard would I have to pray to make you gay?” to which the pastor replied: “I don’t believe it’s about how hard anyone has to pray for anything.”

But O’Brien, unhappy with his answer, pressed the pastor and asked again: “If I can’t pray you gay, how can you pray someone else straight?”

“You as a good citizen, never mind as a man of God, you should be telling them that they’ve got nothing to be ashamed of and that their feelings are natural and beautiful and God’s will.”

During the seven-minute call, the pair went on to discuss whether Jesus ever spoke about homosexuality in the Bible.

Pastor Walter cited Matthew 19:5 but admitted Jesus “never said a word” about homosexuality specifically. O’Brien then accused Christians of not abiding “by the full content of the Scriptures” as he pointed out that Pastor Walter was wearing “wool and cotton at the same time, which Leviticus calls an abomination.”

The exchange concluded with O’Brien asking the pastor: “Do you even believe this [referring to the Bible] or you just need to pay the bills?”.

“No, I don’t get paid for being a pastor,” Pastor Walter said.

“So, you do this for fun? Or power? Power, standing in the community, right? That’s what you get out of, it’s vanity,” O’Brien continued.

A public consultation on conversion therapy will run until 10th December. 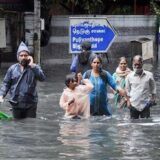 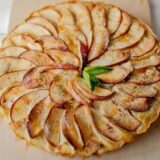