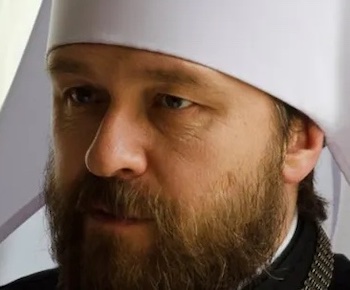 Vladimir Putin has fired the deputy head of the Russian Orthodox Church and arrested a missile scientist in a crackdown on anti-war sentiment.

Hilarion is often described as the foreign minister of the Russian Orthodox church and is effectively its deputy head. Even if you’re not an ecclesiastical expert or even just an occasional watcher of the church, this personnel move really matters because the institution is a semi-official arm of the Putin regime.

Metropolitan Hilarion has been sent to Budapest, “an outlying diocese”, where he will be “relieved of his duties”, according to the Russian synod.

Until his dismissal last month, Hilarion was the church’s de facto crown prince. And unlike its current leader, the woodenly pro-regime Patriarch Kirill, Metropolitan Hilarion is an energetic and highly intelligent cleric, a noted theologian, and an accomplished composer.

And while Kirill’s steadfast support for the Kremlin’s policies seems to be motivated mostly by opportunism, Hilarion has over the years toed the line but in a more independent manner.

His dismissal signals that Putin can no longer tolerate even the slightest independent thinking in his vicinity.

The 55-year-old cleric who had been circumspect until May, led a delegation to a meeting of global orthodox churches in Cyprus, where he took his stand on the war in Ukraine.

Hilarion’s actions stand in stark contrast to Patriarch Kirill, who heads up the Russian state church and is perceived to be close to President Putin. Patriarch Kirill had been sanctioned by the UK government “for his prominent support of Russian military aggression in Ukraine.”

Hilarion was not the only outspoken Russian to feel the ire of the President in recent weeks. Dmitry Kolker, head of the Novosibirsk State University’s quantum optical technologies laboratory was arrested and taken from a hospital where he was receiving cancer treatment. He died a few days later.

Missile scientist Col Andrey Grudzinsky, who works at the academy of missile and artillery sciences, has also been arrested and charged with fraud. 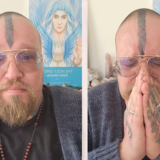 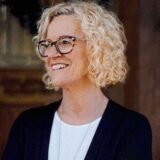