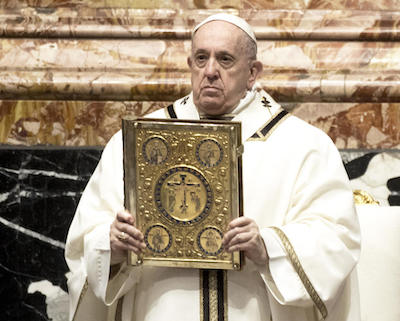 Pope Francis changed church law to explicitly allow women to do more things during Mass, while continuing to affirm that they cannot be priests.

The Pope amended the law to formalise and institutionalise what is common practice in many parts of the world: that women can read the Gospel and serve on the altar as eucharistic ministers.

The decree, called “Spiritus Domini” (The Spirit of the Lord), allows women to serve as readers and altar servers, as well as to assist priests during service or in administering Holy Communion.

The Pope changed a clause in canon law from “lay men” to “lay persons”, specifying that they can perform “the ministries of lector and acolyte” in Catholic services.

Previously, such roles were officially reserved to men even though exceptions were made.

Pope Francis said he was making the change to increase recognition of the “precious contribution” women make in the church, while emphasising that all baptised Catholics have a role to play in the church’s mission.

By explicitly allowing women to serve as Lecters and Acolyte during liturgical celebrations, the Pope has essentially eliminated an individual bishop’s power to block the participation of women at the altar. Francis stressed, however, that these ministries were “essentially distinct” from the holy orders of deacon and priest.

It is official recognition of roles already performed by women in some Catholic services, especially in Western countries.

The Pope said women were making a “precious contribution” to the Church.

The announcement is expected to force conservative Church leaders to accept greater involvement of women in the liturgy.

On the more reformist wing of the Church, Pope Francis has tried to present a more welcoming image through his rhetoric.

But last year, after a synod to decide whether to allow women to become deacons able to preside over some Church services, the Pope refused to make the change, frustrating some who had hoped for more fundamental reform during his pontificate.

With “Motu Proprio,” Francis changed a 1972 canon law written by Pope Paul VI that decreed the ministries of Lectern and Acolyte could only be held by men, because they were considered preparatory to admission to the priesthood.

Francis underscored that the development in no way opens a door to allow women to be ordained as priests.

“The Church does not have the faculty in any way to confer priestly ordination on women,” he said in a letter explaining the Motu Proprio. “For non-ordained ministries it is possible, and today appears opportune, to go beyond that reservation.”

“This decision ensures that women have a real and effective impact on the organisation, in the most important decisions, and in the leadership of communities but without ceasing to do so in the style of their feminine imprint,” the Pope said.

The Vatican reserves the priesthood for men, even though historians say the ministry was performed by women in the early church.

The change comes as Pope Francis remains under pressure to allow women to be deacons — ministers who perform many of the same functions as priests, such as presiding at weddings, baptisms and funerals.

Pope Francis has created a second commission of experts to study whether women could be deacons, after a first one failed to reach a consensus.

Advocates for expanding the diaconate to include women say doing so would give women greater say in the ministry and governance of the church, while also helping address priest shortages in several parts of the world.

Opponents say allowing it would become a slippery slope toward ordaining women to the priesthood.

Phyllis Zagano, who was a member of the pope’s first study commission, called the changes important given they represent the first time the Vatican has explicitly and through canon law allowed women access to the altar.

She said it was a necessary first step to let women be lectors and perform other ministries on the altar before any official consideration of the diaconate for women.

Lucetta Scaraffia, the former editor of the Vatican’s women magazine, however, called the new changes a “double trap”.

She said they merely formalise what is current practice, including at papal Masses, while also making clear that the diaconate is an “ordained” ministry reserved for men.

“This closes the door on the diaconate for women,” she said in a phone interview, calling the change “a step backward” for women.

The Pope had appointed six women to senior Vatican positions – a historic first in August 2020.

The historic move meant there are more senior female officials serving the Vatican than ever before.

The pope created the Council for the Economy in 2014 “to supervise the economic management” and “administrative and financial activities” of Vatican institutions, according to Vatican News.

A total of 15 members sit on the council — eight of whom are cardinals and bishops, “so as to reflect the universality of the Church.” “The other seven are experts of various nationalities, with financial expertise and recognised professional credentials,” according to Vatican News.

Pope Francis has been overseeing efforts to reform Vatican finances and clean up after a series of scandals that plagued Vatican operations. 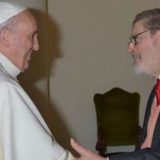 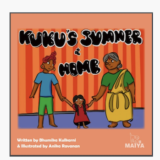 Next Story
Kuku’s Summer at Home