The Pope has told couples not to have sex before marriage, showing that despite his outreach to gays and divorcees, he is still a stickler for pre-marital celibacy.

In the preface he wrote to a new Vatican guide to marriage, Francis claims couples today do not prepare properly for married life, meaning marriages “fall apart in a short space of time”.

The Holy See, led by the 85-year-old Pontiff, released a document called the “Catechumenal Itineraries for Married Life”. In the document, which extends across 97 pages, the Catholic church urges couples against premarital intercourse, among other detailed advice regarding romantic relationships.

The guide then recommends chastity as a crucial way to get ready for wedlock, calling it the key to “learning how to respect the individuality and the dignity of your partner” without sexual desire getting in the way.

Even engaged couples living together should avoid sex, the guide argues, adding that pre-marital chastity teaches couples to endure sexless periods during their later married lives.

Upon release of the advisory document, Pope Francis claimed that it is “a gift and a task”.

He added that couples today do not prepare properly for married life and, as a result, marriages “fall apart in a short space of time”.

The document praised “the precious virtue of chastity” and suggested that unmarried couples should abstain from sex in order to “deepen their friendship”.

A part of the document read: “The Church should never lack courage to propose the precious virtue of chastity, even though it is by now in direct contrast with common mentality”.

“It is worth helping young spouses to be able to find the time to deepen their friendship and to accept God’s grace. Premarital chastity certainly favours this course.”

The pope wrote in the preface that churches ought to invest in couples as much as when men seek to become priests or women seek to enter religious life.

He said: “Let us put our minds and hearts at the service of future families.”

“I assure you that the Lord will sustain us, give us wisdom and strength, make our enthusiasm grow, and above all, allow us to experience the ‘delightful and comforting joy of evangelising’, as we proclaim the Gospel of the family to new generations,” he continued.

The guide notes that this also refers to engaged couples that may live together.

It continues: “Chastity teaches engaged couples the timing and the method of true love, which is delicate and generous.”

And subsequently stresses that within marriage, sex is crucial as long as it aims in procreation.

The guide mentions: “Fecundity is a gift, an end of marriage, for conjugal love naturally tends to be fruitful”.

The bold statement from the Catholic Church sparked criticism among experts and seemed to contradict progressive statements by Pope Francis.

He added that the church “should listen more to the reality of young people today, of how they live, before reissuing the doctrine they have always proposed.”

Another expert on the Catholic Church, Austen Ivereigh defended the Pope, saying that the document was not a law set in stone, the Telegraph reported.

Ivereigh said: “This is not a prohibition or a new rule. They are inviting people to follow this path.

“They know it goes against the grain of society. The Church understands that nowadays most people cohabit and have sex before getting married.

“The advice had its merits, since couples who rushed into marriage based largely on sexual attraction might not last very long.

“The idea is for couples to have time to develop all the elements that are crucial for marriage such as patience and communication.” 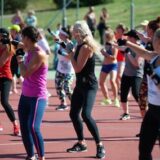 Previous Story
Want to learn how to dance?
→ 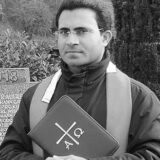