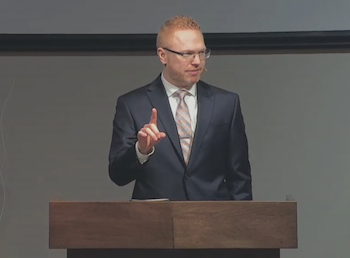 A trial date has been set for a jailed Alberta pastor who is accused of holding Sunday services that violated Covid-19 rules.

Pastor James Coates of GraceLife Church in Spruce Grove, near Edmonton, did not appear in court when a date for a three-day trial was set to start May 3.

Coates was charged this month for violating Alberta’s Public Health Act and breaking a promise to abide by rules of his bail release, which is a Criminal Code offence. The church has been holding services that officials say break public-health regulations on attendance, masking and distancing.

“He was charged with two counts of contravention of the Public Health Act and charged for failing to comply with a condition of his undertaking, under the Criminal Code,” the Royal Canadian Mounted Police (RCMP) said in a statement.

An environmental public health report from Alberta Health Services said that officials observed GraceLife holding a service on 14th February which was in clear violation of the current restrictions. “There were about 67 people in the sanctuary. Some within 2 meters of each other and the majority of people not wearing face masks,” the report stated.

Under current Covid-19 guidelines, Alberta permits faith-based organisations to host gatherings of up to 15 per cent of their buildings’ fire code capacity.

Despite his arrest, loyal church members flocked to GraceLife at the weekend, with officials warning them that they were breaking the rules. “Observations were made that the church held a service beyond the designated capacity,” a police spokesperson said.

Associate pastor Jacob Spenst led the service, bringing a message from the imprisoned pastor, who is reportedly being held in quarantine in accordance with Covid-19 measures.

“He wanted to let you know he loves you, he misses you dearly and certainly he’s very concerned for this church,” Spenst told the congregation.

“We need to remain strong even as he is remaining strong, even as the Lord strengthens him moment by moment, even as he continues to remain in jail.”

Coates was fined by public health officials back in December. In January, Alberta Health Services ordered the church to close. In February, Coates was arrested and charged for contravention of the Public Health Act. The pastor turned himself in on Tuesday.

Hundreds of church members have gathered outside the Edmonton Remand Centre in protest, with many holding signs calling for Coates’ release. One demonstrator was arrested for “causing a disturbance”. 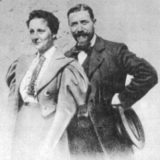 Previous Story
Bringing a loved one to God
→ 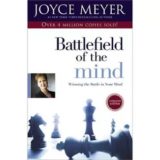 Next Story
Battlefield of the Mind