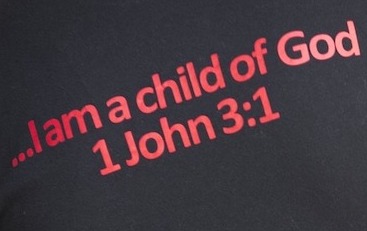 Treasure your right to offend. And to be offended. They are both precious. Does freedom of speech include a right to offend? Absolutely. But taking offence today has become an international pastime.

Take the US elections for instance. US citizens are bound to have an opinion about their own leader. People across the world too, have an opinion about who the Americans should want as their leader. And that includes some very angry, rigid people. Then there are some caught between the two sides. Reuters shot a series of images of people from around the world watching election news. Even Asians are taking breaks from Covid rants and dissecting US presidential candidates in their hair salons and restaurants. Some of my friends have had to pull their social media posts down because of the angst and anger shared by others on their pages. There are the ones who join a side just to please others. Then there are ordinary mortals who try to listen to both sides. Left behind are some of us who eat Chinese food late night, drink American beverages and merely report news and facts. Without prejudice. Not because we favour Trump or Biden, but because we are sleep-deprived journalists, who are trying to be objective. Zzzzzzz.

It is your right to have an opinion, but please don’t be offended if we have one too and it may not agree with yours. Many a time, I don’t even have an opinion, because I have no clue what you are talking about or why you care so much. Even not having an opinion too can offend people! But some of us cannot help it – we are too tired to be offended.

Take for instance, a work party. There are media experts speaking about world trade, the situation in Laos, then geeks throwing in Latin (I should not be allowed anywhere near Latin, because I can watch horror movies and wonder why the ‘pain inflicting ghost zombie’ awoke and unleashed terror when the Latin phrase used to awaken him or her was actually mispronounced) and some are saying ‘vis-à-vis’ every few minutes, like pros. And whatever corner you turn, few journalists are ‘respectfully disagreeing’ but looking like they could murder each other. You wonder if you should intervene and separate two of them nearest to you, but when you edge closer, you find out that they are ranting about the state of the Peruvian rainforests. And you, like Bridget Jones, want to go home and eat chocolate or curl up and watch FRIENDS.

Taking offence scares me. Anybody can potentially be offended by anything today. Offensiveness is, by definition, subjective. So who gets to decide what is offensive speech? If we ban everything that might possibly offend somebody, then we end up banning everything. I draw the line at anything that purposefully insults my God, any person I love, or me. You have the same right. I do not tolerate profanity, vulgarity or rudeness even to strangers, especially if it is targeted at the most vulnerable – in my presence, in particular. For example, have you ever noticed that there are black jokes, Mallu jokes, Sardar jokes, Mexican jokes etc? And that females are at the receiving end of a sexist joke, but never a male? Of course, you are a human being; you do not like it when someone tries to bring you down, so give another person that same respect!

If I were to say I am friends with the Chinese, Pakistanis, Jews, Muslims, Hindus, Buddhists, gays, homeless, atheists, HIV positive people, adulterers, chain smokers, alcoholics, a supporter of … (insert the name of the leader you dislike the most) druggies or someone you don’t like, no one should be offended. I may not agree with them but I can still love them, pray for them and be a friend to ALL of them. Working as a journalist in London, I once covered the Baisakhi festival inside a Sikh gurudwara on Easter Sunday. That does not make me any less of a Christian. NOT taking Jesus to people and NOT loving them like HE did, does. Jesus ate with tax collectors and prostitutes. HE loved the adulterous Samaritan, walked with the vulnerable and healed the lepers. How many of us would dare to do so today?

Most of us living in the world have no boundaries for love and compassion. Please, don’t create new ones. Hatred, bigotry, rudeness and prejudice is taught. There is a younger generation watching. You and I cannot change a land may be, but we can pray and help build a truly free, non-prejudicial family, home and community. You and I may be annoyed by another’s ideas, but that’s not an excuse for shutting down their speech. Because that is exactly how millions of people are silenced the world over and how repressive regimes thrive – through manipulation, intimidation, or violence. It happens in homes, institutions and even in the church. It never ceases to amaze me how happy, easy going people turn into rabid critics, once they become ‘religious’. In fact, the people who use religion to police nations, communities, strangers they meet, or even their family and friends – are the most unpleasant, dangerous and unhappy people around. They do not love anyone their God died for. If they do, they are doing a great job of hiding it under all those harsh, critical words. You could have the mind of an angel, but what we are hearing is – your words. The mouth speaks what the heart is full of. The Bible actually tells us to ‘Mind our own business’. (1 Thess 4:11)

You may think that when you are offended, you have been wronged. Nope. People are just sharing what they feel. It is not always a reason for you to snap. This is the crux of the matter when it comes to being offended by free speech. A free, respectful and welcoming culture cannot happen, if we force adults like us – to only say things that will not step on anyone’s toes. Not speaking about profane speech here. But about having civil, mature conversations – like adults.

You should know, until my last breath I will defend your right to free speech. But this also means that I have the right to offend you with my free speech – especially as a Bible-believing Christian. Jesus ate with the sinners but He did not sin. Know the difference. You and I – both sinners – cannot cast stones at someone who sins differently – for merely having an opinion that’s contrary to ours. As long as you don’t beat me to death with it, you having an opinion – is fine. Live and help live.

Respect should be given and taken. The onus is on you to accept facts and truths for what they are, man up, reject your insecurities and find dignity in your life without screaming oppression and emotional abuse – publicly or even privately – each time someone does not agree with you. Or worse, beating that person up or dissecting him or her with others, in their absence. I would be more worried about your tendency to judge everything I say – rather than about me merely sharing my opinion.

The other day, a reporter friend said he did not like the way things are going currently. Two friends thought the centre was to blame (the nation has to know), two thought the state was, two thought he was speaking about his media house and his sister thought it was a problem within the family. He was just missing his daughter as he was away at work for months, because of Covid coverage. Talk about confusion. Har har.

I need to be able to talk about what I like and be able to respect your right to talk. Even if you are a child. In Kerala, a Malayalee should be free to like both Mammootty and Mohan Lal. I hardly see anyone like that – we just HAVE to pick one of them. Some of us should be able to like neither, but tall and lanky Jayaram, without offending anyone. In the UK, I was one of those rarest humans who liked both Manchester United and Liverpool. I want to support a political party without having to idolise and blindly support each of its leaders or their decisions. I am also free to like women and men of integrity from any party, church, home or community without actually supporting his or her entire clan.

I know I value my freedom. All of us should be free to support our favourite writer, sports team or celebrity. All of us want to share our angst about leaders who lack skill, sensitivity, tact or education – being specific and open. It is easier to talk to each other then. Else – you might think I am speaking about my country, state, church, boss; all the while it must be a local calamity.

I wonder if Trump supporters and Biden supporters would ever eat together like friends? Even we who claim that we are not biased – are, subtly. States are divided, except over food and festivities. Churches have the denominational battle. Then the race, religion, gender, caste, social class divide. For some of us who see human beings as human beings, prejudice give us a headache.

You might change your thinking and ask for help – without boundaries, if you desperately needed food for your child, an urgent blood transfusion or roadside help at midnight. Don’t wait for that. Change now. Be more accepting (NOT tolerant – you don’t tolerate another human being, you accept him or her – warts and all) The world needs it. Our children need it.

All said and done, you and I have one basic identity – a child of the Living God. The apple of His eye. His treasure. Don’t mess with any of His treasures. 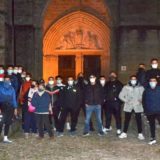 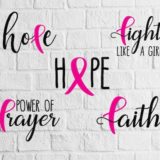 Next Story
Stronger than cancer