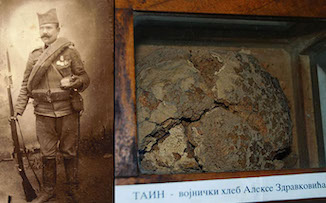 Aleksa Zdravković was a Serbian Solider throughout the Balkan Wars and World War One who left behind a very specific type of war memorabilia: A loaf of bread.

This bread, now over a century old, is known as the Serbian Tain Hleb. Back then it was a staple for soldiers during battle, but Aleksa’s loaf served for more than just food. His bread is rumoured to have saved his life, and its legend lives on at the Museum of Ponisavlje in Pirot, Serbia as a symbol of Serbian national pride, love and resilience.

According to historians, young Aleksa was one of the first men to join the army when the Serbian government put out the call at the outset of the Balkans War. When he was due to leave for battle in 1914, his mother baked him a popular Serbian bread of the time called tain.

She packed the simple bread and instructed her son to ration it carefully and see how long he could leave the bread whole. She told him that the bread was a good luck charm, and that he was to keep it with him, along with the first slice of soldier’s bread that he received from the army.

His mother believed that keeping the bread tucked in his uniform would shield him from bullets, and ultimately, death. As time went on, Aleksa survived battle after battle and began to believe the same.

His first brush with death came during the Battle of Monastir near Bitola in the present-day Former Yugoslav Republic of Macedonia. During the fighting, a bullet struck Aleksa’s water canteen, but only penetrated the outer layer. Next to his canteen, was his small loaf of bread. Saved by the contents of his front pockets, Aleksa took this as proof of his mother’s words, and kept the bread a secret.

Aleksa never told his friends and fellow soldiers about the protective relic he carried with him. His mother’s loaf of bread remained in his front pocket until the end of his time in the wars.

Aleksa was part of the Serbian army that made a gruesome trek from Serbia, across Albania, to the shores of the Adriatic Sea. The retreat across Albania or the Albanska Golgota, claimed the lives of 250,000 Serbian men. They died from cold, starvation, disease and various battles. The majority of those that reached the shores, perished in boats destined for the Greek island of Corfu.

Aleksa, however, survived once again.

He eventually made it back to his hometown of Pirot in south-eastern Serbia. He made it back, of course, with his loaf of bread.

Soon after his return, Aleksa became a postman and a father of four children. He lived until 1941, and upon the Bulgarian occupation of Pirot, he passed away. His children said that he simply could not witness his hometown going to what he described as “the enemy” again.

After World War II came to an end, his children traded their father’s loaf to Pirot’s Museum of Ponisavlje in exchange for having their house connected to the city’s electricity grid.

Years later, the museum’s historian Mila Savić, has said the loaf is the most valuable item in the museum, and indeed the city. She says that though there are 68 museums in Europe dedicated to bread, not one of them has a specimen this old with such a story.

She says the importance of the bread lies not only in its years, but in the symbolism it carries: A mother’s love for her son, and a soldier’s love for his country. 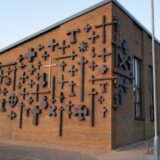 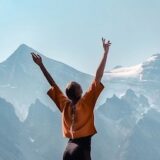 Next Story
What does God want you to do?