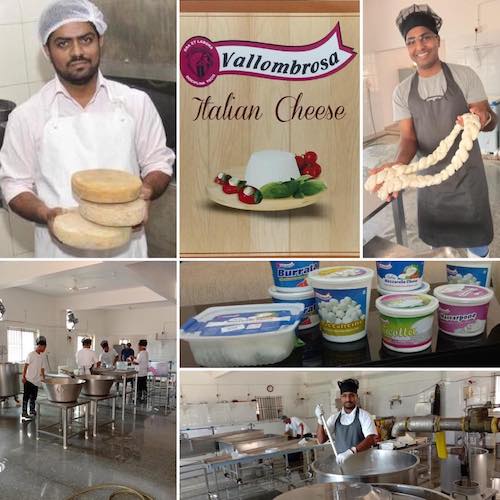 A little cheesy but still grate. Popularly known as ‘Mozzarella Monks’, these priests have learnt cheese making from Italy; they make and sell varieties of it to cheese lovers – from their seminary in Bangalore.

Many turophiles are amused to hear that Italian cheese has this unusual address – a Benedictine seminary in a South Indian city. But these Vallombrosian Benedictines pursue two age-old traditions with passion: prayer and cheesemaking. The monks have managed to meet the rising demand for fresh, Italian-style cheese in India.

Their Indian cheesemaking story began when Fr Michael Kannala, one of the first Vallombrosian monks in India and a liturgical scholar, returned from an eight-year stint in Italy, in 2000. Vallombrosian monks adhere to the rules of Benedictine spirituality – Ora et Labora – they pray devoutly and work hard. Eight hours of prayer, eight hours of work and eight hours of rest. Fr Michael was among the first set of monks who put their heads together to think of ways to generate income for their seminary based in KR Puram, Bangalore.

The monks’ dear friend, an Italian businessman named Franco Trumphi, who sells religious goods, had mentioned that he craved good pizza with authentic mozzarella toppings, while in India. Fr Michael, who speaks fluent Italian and is familiar with Italian cuisine, had seen his fellow Benedictines making products that catered to local needs in their houses in Italy. “We Benedictines believe in working for a living, in being self-sufficient; our monks in Italy make wines (both table wine and sacramental wine) and herbal liqueurs, for sale. We felt cheesemaking was more suitable for India”, says Fr Michael.

Europe is famous for its Muenster, Roquefort and Monk’s Head – all monastic cheeses. India boasts of indigenous cheeses made from the milk of sheep and yak in the Himalayas, but cheese was still not part of the mainstream Indian diet twenty years ago.

The priests started by testing the whey waters -making ½ kilo and 1 kilo cheeses of two kinds – mozzarella and ricotta. Fr Michael recalls those days when he would search on Google for ‘Italian restaurants in Bangalore’, call prospective customers and deliver samples.

Kottayam, a place in Kerala and Fr Michael’s hometown was not suitable for cheese manufacturing, but Bangalore, with its cooler weather, was fine. “A metro like Bangalore has better transport facilities, better networks and a population that loves western cuisine”.

Fr Michael was joined by his student Fr Jinse Puthupallimyalin, in 2000, from Kasargod in Kerala. The journey wasn’t easy, explains Fr Jinse. “It was hours of hard work; the monks and seminarians did everything ourselves – we would offer Mass, quickly change clothes and make cheese by hand, run for prayers and come back and work again, day and night”.

The monks hit jackpot when one of the top chefs and food consultants in the city Chef Manjit Singh answered their call, tasted their cheese and loved it. Within a week, when his stock of cheese was over, Chef Manjit brought cheese from the monks and spread the word among his food industry colleagues. He is now a dear friend, says Fr Michael.

Fr Michael went back to Naples and learned the ropes of making varieties of cheese on a large scale. He sourced three second hand automatic machines and imported them from Italy. The monks now sell 10 varieties that include cheddar, parmesan and the one most in demand – burrata. For the spice-loving Indian palate, they offer cheeses flavoured with black pepper, chilli or mustard, made to order.

In 2008 their cheese hit supermarket shelves. Today, their cheesemaking establishment sells 100 kilos daily. Today, Father Michael has a steady clientele from upscale restaurants and luxury hotels. The monks have been fine-tuning their marketing and distribution strategy over the years. Fr Jinse supervises the cheesemaking operations. Fr Michael, the House Superior, is also the Rector of students.

Farms selling them adulterated or poor quality milk was a hurdle for the cheesemaking process. “In some cases, their chillers would break down because of power failure and we would not be informed; we would attempt to make cheese and the milk would curdle in between – we have had to throw away lots of spoilt products”, says Fr Michael.

“We struggled to get pure milk which is of utmost importance to make perfect cheese, as cheesemaking is a chemical process and requires much care and natural ingredients”, explains Fr Michael. The monks tried buying and raising twenty buffaloes, but they had to sell the animals off within a year – it was too much hassle.

Today, they buy the purest milk of Haryana’s Murrah buffaloes from a good farm and Vallombrosa cheese is able to hold its own against top dairy players. “The animal, the food it eats and the milk it produces – all these factors influence the final product. Great milk makes great cheese. We ensure that we buy pure milk which is not watered down – we pay more – around Rs 65 per litre for good milk, to ensure high standards. Even a cup of tea made with that milk is delicious”, Fr Michael assures.

They usually have ten people working in the factory, helped by the priests and seminarians. Covid19 has changed the production numbers drastically though – “We produce around 15 kilos daily these days and cater more to private clients, as hotels and restaurants remain shut and cheese spoils easy”, explains Fr Jinse.

The monks just want to keep it simple – “We want to take care of our own needs and also help people. We believe in being self-sufficient. Everything earned from this is used mainly for our seminarians and to run our community. It gives us enough to take care of our needs. And that’s all we are looking for,” says Fr Michael. “We begin and end our work in prayer”.

“I never imagined – when I joined the seminary at 15 years or when I completed my Philosophy studies in Bangalore in 1993, that I would come back to the city and make cheese. Life has a way of taking us through various paths. All I wanted was to become a priest and serve God. All this just happened”, says Fr Michael.

All of it seems worthwhile, as fans are raving on the Vallombrosa Cheese’s social media page – “I had been wanting to taste your cheeses since long. By some amazing coincidence I tried it through a wonderful salad at Lavonne. You folks make amazing cheese. Kudos!”, says one fan. “Can we get it in Hyderabad?”, asks another.

The Vallombrosa cheeses are sent across to Calcutta, Haryana, Hyderabad, Chennai, Delhi, Mumbai, Trivandrum and Pune, to name a few. The monks hope to own a proper farm one day soon, with more animals and staff to help. The priests have a farm in Hosur, where they raise goats.

The house has three priests and 8 seminarians – who enjoy cheese with chappatis or parathas twice a week, laughs Fr Michael.

The next time you think authentic cheese is expensive and rare in India, please contact Fr. Michael or Fr. Jinse on +91 9845449064 to be proven wrong. 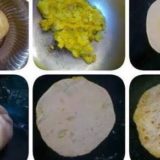 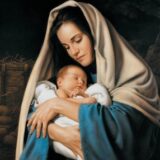