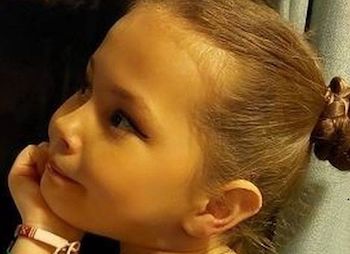 A priest serving at the local church of Olivia Pratt-Korbel, a 9-year-old shot in her own home in Merseyside, has dedicated an emotional Mass to the life of the young girl.

Olivia was at home with her mother when violence erupted in the street outside her home. When her mother opened the door to see what was happening, men raced into her home to seek refuge.

Hiding behind her mother, Olivia was fatally shot when she was caught in the crossfire.

Armed officers who attended the scene in Dovecot “scooped and ran” with Olivia to get her to Alder Hey Children’s Hospital in the back of a police car, while an officer covered the bullet wound with his hand. She had a weak heart which had stopped before she arrived at the medical centre in an officer’s arms at about 10.15pm, the court was told.

Fr Peter Smyth spoke with feeling about the effect the tragedy has had on the community – particularly Olivia’s family.

He said, “What do we say or do when something so unspeakably horrific as murder happens in our own community? Even worse, the murder of a child who was in what should have been the safest place in the world; in her own home, with her mum.”

He praised her family for attending the service which included lighting candles and signing books of condolence.

“That takes a lot of strength,” he told BBC North West Tonight.

Rev Tom Williams, called her death a “dark hour” for the city.

Previously, he said: “We’ve all taken this personally. There’s a real sense of family in Liverpool – you hit one, you hit the other, you hit everybody.”

Olivia was hit in the chest as her mother Cheryl Korbel tried to stop the gunman from entering their home in Dovecot, Liverpool, on 22 August.

Ms Korbel was also injured, as was convicted drug dealer Joseph Nee, who was the intended target of the attack.

Speaking as the footage was released, Det Ch Supt Mark Kameen warned those who were “shielding” the culprit that officers would do “everything legitimately possible” to bring them to justice.

Steven Mccracken, who set up the fundraising page for Olivia’s family, said he wanted to raise money “to help her family with this tragic loss”.

“Let’s give this little angel the send off she deserves,” he added.

“We can’t imagine the pain they’re all going through and want to help in any way we can.”

Merseyside’s football managers came together and promised their clubs would provide total support to the family of Olivia Pratt-Korbel.

Ian Rush and Ian Snodin, ambassadors for Liverpool and Everton, laid a floral tribute outside the nine-year-old’s home on Friday morning and the city remains in shock over a killing that has appalled the country. 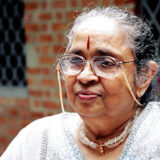 Next Story
Hurt by a church leader?