Mary is ‘Queen of Christmas’ 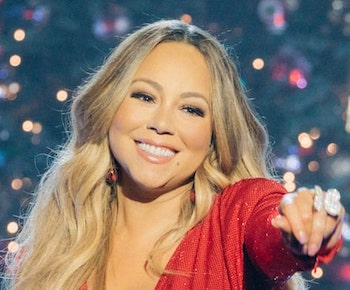 US pop singer Mariah Carey has said she does not think of herself as the “Queen of Christmas”.

The title was bestowed upon her after she released the popular song “All I Want For Christmas Is You” in 1994.

In a recent interview at BBC’s “Zoe Ball Breakfast Show”, the 52-year-old said she did not think of herself as the “Queen of Christmas” and believed Virgin Mary, the mother of Jesus, was more deserving of the title.

“I did not create the title of the Queen of Christmas, that was other people and I just want to humbly say that I don’t consider myself that,” she said.

“I’m someone that loves Christmas, that happened to be blessed to write All I Want For Christmas Is You. And a lot of other Christmas songs,” she continued. “And let’s face it, you know, everybody’s faith is what it is. But to me, Mary is the Queen of Christmas.”

Carey also discussed her new song “Fall in Love at Christmas” and her new venture into writing children’s books.

The singer has previously spoke about her Christian faith. In her book, The Meaning of Mariah Carey, she described how her belief in God kept her alive during her difficult upbringing.

“After I was broken, I received a blessing. The trouble and trauma I endured was not only emotional it was spiritual as well, as such, I sought healing for my soul. I knew I had to revive and recommit to my relationship with God,” Carey wrote in her book. 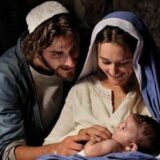 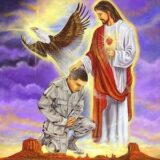 Next Story
Prayer for soldiers