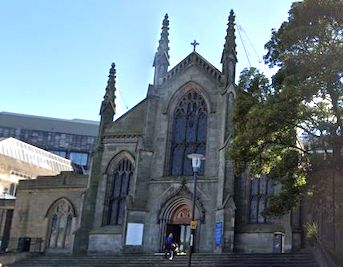 A man attacked a praying priest with a glass bottle in an Edinburgh cathedral in what has been described as a ‘violent and unprovoked assault’.

The unprovoked attack took place while the 35-year-old cleric was sitting alone praying in a pew at St Mary’s  Cathedral, York Place, Edinburgh.

The Archdiocese of St Andrews & Edinburgh has alerted the public about the incident and is appealing for anyone with information to come forward.

The church said in a statement: “Yesterday morning, a priest sitting alone praying in a pew at St Mary’s Cathedral was subject to a violent and unprovoked assault by a man carrying a glass bottle”.

Just prior to the attack, the man asked him if he was a priest.

When the priest replied that he was, the man attempted to hit him on the head with the bottle, before chasing him to the back of the cathedral.

The bottle broke, but the man continued using it in his assault. The priest managed to fend him off with a chair before the attacker ran out of the cathedral.

The priest escaped without injury.

A spokesperson for Police Scotland said: “Around 9.35 am on Monday, police were called to a report of a 35-year-old man being assaulted within a Church in York Place, Edinburgh. Officers attended and the victim did not require hospital treatment”.

Enquiries are ongoing to establish the full circumstances surrounding the incident.

Anyone with information is urged to call Police Scotland on 101, quoting incident number 0823 of Monday 26 July. 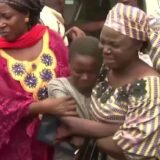 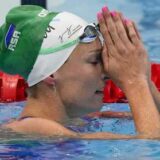