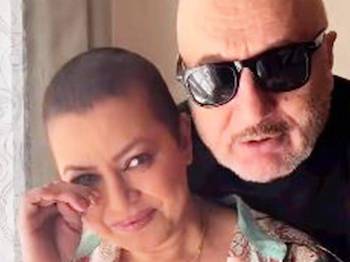 He shared a video featuring the Mahima on his Instagram handle; the senior actor is seen asking Mahima questions about her diagnosis and treatment.

Mahima debuted as a Bollywood actress in a Shah Rukh Khan hit – Pardes, which was released in 1997. The movie was successful at the box office and won her many awards, including the Filmfare Award for Best Female Debut.

Mahima was seen with a shaved head after chemotherapy, as she spoke about her cancer journey. “I had no symptoms of cancer and it was diagnosed in my routine checkups”, she said.

The actress said she received calls to star in projects after losing her hair to the illness.

“Surprisingly, ever since I lost my hair, I have been getting a lot of calls for shows, web series. And I was like, ‘Oh my god, why now? I don’t even have hair’ So I didn’t tell them. And I told you because I couldn’t lie to you. I don’t know, I just get so emotional,” she said as she broke down on camera.

Anupam wrote, “Story of @mahimachaudhry1‘s courage and Cancer: I called #MahimaChaudhry a month back from US to play a very important role in my 525th film #TheSignature. Our conversation turned to her discovering that she has #BreastCancer. What followed is in this candid conversation between us. Her attitude will give hope to so many women all over the world. She wanted me to be part of her disclosing about it. She calls me an eternal optimist but dearest Mahima! “You are my HERO!” Friends! Send her your love, warmth, wishes, prayers and blessings. She is BACK on sets where she belongs. She is ready to fly. All those producers/directors out there! Here is your opportunity to tap on her brilliance! Jai ho to her!! #Cancer #Courage #Hope #Prayersss.”

Mahima got divorced in 2013. She quit acting to raise her daughter and started living with her parents. Her sister too is a single mother, so they chose to raise their children together, she said in an interview last year. 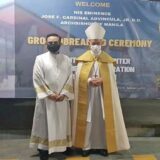 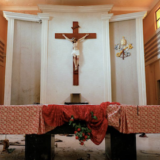 Next Story
Grief after church attack