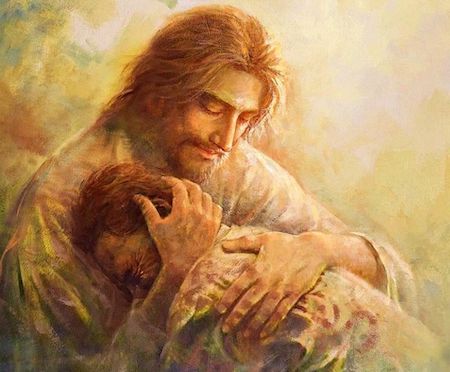 Jesse did not think he was much of a speaker. He stuttered a lot since he was a child, especially when he was nervous. This was something he was conscious of and felt embarrassed about.

But he could not say no to an opportunity. Two weeks ago, he was invited to share something positive with inmates  at the prison where he had served a twelve year sentence.

Jesse whispered a silent prayer asking God for his help as he alighted from his vehicle. He became very emotional as he entered the prison gate. After security checks, he was escorted to a room with prison guards and inmates. He  greeted the guards and chatted briefly with  some of the inmates – his former friends.

The moment came, it was Jesse’s turn to speak. He began his presentation nervously, afraid to make eye contact, head down, reading from his notes. He told of a conversation he had five years ago with an elderly lady.

This woman was a regular visitor to the prison, but he had only agreed to speak with her a few days before he was released. He recounted that at first he told her he was not into the ‘religious mumbo jumbo’ stuff. However, what she shared with him gave him more than a glimmer of hope, even though at that time he acted as though her words had no affect on him.

As Jesse continued, he became more relaxed and confident. He took his eyes from his notes, lifted his head, looked to his attentive audience and spoke from his heart.

This is what Jesse said:

Friends, make use of the resources available to improve your lives. Step out of that mental prison – go finish that high school diploma, go ahead and get the degree, go polish your talents and abilities, write that poem, that song, play that instrument, sing, and dance. Each one of you have a God-given talent.

Go on, learn something new. Go write to that person who you need to apologise to, the one you hurt. Do not be afraid of rejection. Go ahead and feel remorse – it does not make you a weak person. Go on reach out to your son, your daughter. Go on – forgive your father, your mother, that person who hurt you, yes the one who abandoned you, the one you took the fall for, the one who has never visited you, all those who lied on you and yes, the one who abused you.

Forgive them. Forgive yourself. Go ahead, love yourself. Stop feeling guilty about loving yourself. Stop punishing yourself. Take care of yourself,  pay attention to your health, ask to see the prison doctor. In spite of what you have done, you have a purpose. You have potential. You can still make a positive contribution right here – starting in the lives of each other.

I came out of that mental prison. Join me!

Yes I have struggled, but I found a friend in the Lord Jesus Christ. The same Jesus who said ‘I do not condemn you, go and sin no more’ to the woman caught in adultery.

This woman was brought to Jesus by her accusers. They wanted him to pronounce judgment upon her, but Jesus showed her mercy.

Jesus is saying to you that he does not condemn you even if the accusations made against you are true. Jesus offers you forgiveness because he died for your sins and mine. He offers you the gift of salvation (deliverance) so that sin and sinful desires will no longer dominate you.

My friends, you can experience mental and spiritual freedom in this physical prison.

Jesse ended by saying, “Friends, I encourage you to reach out to Jesus. He is reaching out to you…Jesus loves you and he cares about you.”

Tesse was born in the twin island of Trinidad and Tobago in the West Indies. She is a woman who desires to remain a yielded vessel for the Lord. After coming into a relationship with our Lord Jesus, the Holy Spirit inspired her to write  articles to bring encouragement and comfort to the hurting and to inspire fellow believers in their walk with Christ. Tesse is a do-it-yourself fan who enjoys learning hacks on YouTube and looking at videos of panda cubs. One of her friends Andrea describes her as introverted, analytical and thoughtful. All good gifts comes from the Lord. Tesse is happy to be gifted by the Lord to write. She is thankful for the Holy Spirit who gives the inspiration and his grace which enables her to be a blessing to others. 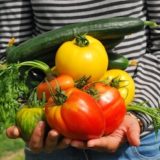 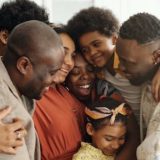