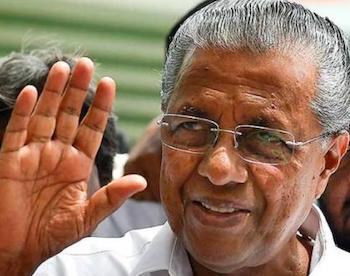 The LDF led by Chief Minister Pinarayi Vijayan has come back to power in Kerala, after winning the 140-seat Assembly Elections.

LDF secured 99 out of the 140 seats while Congress-led United Democratic Front (UDF) managed to retain 41 seats.

Chief Minister Pinarayi Vijayan said, “Our victory today is the victory of the people. We believe in the people and they have trust in us. That’s why we have won more seats than 2016. We can go into the details of the election at a later time.”

The elections across four states and one Union Territory kicked off on March 27 and continued until April 29, amid Covid-19 restrictions. While West Bengal (292 seats) and Assam (126 seats) voted in eight and three phases respectively, Kerala (140 seats), Assam (234 seats), Tamil Nadu (30 seats) went for single-phase elections on April 6.

Counting of votes began at 8 am on May 2, Sunday. The counting of votes and results on individual seats were declared live on the following websites of Election Commission of India – eci.nic.in, eciresults.nic.in and eci.gov.in.

The BJP has faced a crushing defeat in the state of Kerala after it secured no seats in the 2021 Lok Sabha Elections. BJP candidate E Sreedharan, popularly known as ‘Metro Man’ and actor Suresh Gopi – have both lost, despite minor leads earlier.

In West Bengal, CM Mamata Banerjee has succeeded in pulling off a victory against her former close aide Suvendu Adhikari, with a margin of over 1,200 votes. Banerjee opted to take the fight to the Opposition camp by contesting from Nandigram, and not contesting from her ‘safe’ Bhabanipur seat. During the campaign, Adhikari had attacked the chief minister calling her an “outsider” to the area. The constituency was once a Left stronghold.

In Tamil Nadu. the DMK-led alliance has won 156 seats, followed by AIADMK. DMK chief MK Stalin urged the cadres to refrain from victory celebrations. “Be mindful of the pandemic,” he said. “DMK has started a new chapter in history. Let’s protect ourselves and let’s protect the state.”

Healthcare experts have warned that political rallies and celebrations may become Covid super-spreaders at a time when a more virulent second wave of the pandemic is sweeping through the country.

Kerala Health Minister and CPI(M) leader KK Shailaja KK Shailaja thanked the people of Kerala: “It was out development related actives and the way we tackled situations like Nipah, floods and Covid-19 also helped us to win the elections. We are thankful the people of Kerala and we will continue to work for the people, said after winning by a majority of over 61,000 votes from Mattannur constituency in Kerala elections 2021.

Vijayan’s image as an efficient crisis manager seems to have left an impression among the voting public. The CM is seen as an able leader who converts crisis into opportunities – the LDF government beat many crises in Kerala — the cyclone Ockhi in 2017, the Nipah outbreak in 2018, the floods in 2018 and 2019 and 2020-21 Covid pandemic. Vijayan was a transparent and hands-on leader, helped by his team that included the efficient Health Minister K.K. Shailaja.

During the first nationwide lockdown in 2020, when migrant labourers across India struggled to cope and walked hundreds of kilometres to reach home — Kerala stood with them. The state gave the labourers advance payments of welfare pensions, free food kits and called them ‘guests’, not migrants. The rescue and rehabilitation processes undertaken during the floods, the delivery of free food packets, flood kits and the constant media briefings by the chief minister himself — a mix of efficient delivery and communication – the election result shows that LDF benefitted from both. 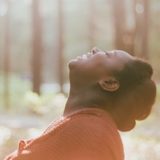 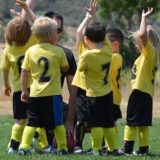 Next Story
Monday Reflection – May 3