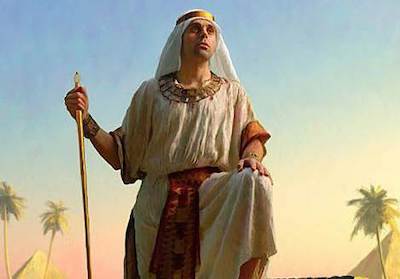 The Bible tells us the story of Joseph, a young man – who went from being the father’s pet to the pit, to Potiphar’s mansion, to the prison and then to the palace. A hero who trusted God even when darkness overwhelmed him. Joseph was the 11th son of Jacob; a young man who was a dreamer and a blabbermouth. He TOLD people (his family and later, strangers) what God revealed to him. In his naivety, he revealed to his brothers (who already begrudged him for being his father’s pet) that God had told him that his family would one day serve him.

Being a person who is so awed by what God does in this world, and very vocal of how he uses ordinary people like you and me, I have my sympathies for that young man who was so awed by everything that God had told him and he shared it to anyone who would listen. I wonder if Joseph would have had a different fate if he had merely pondered over God’s promises for him. He was 17, innocent and happy that God was showing him prophetic visions. And he blabbered again and again to his brothers – no doubt trusting them.

Evil cannot tolerate the happiness of another – especially when that other is blessed in areas where one thinks he should be blessed in. Joseph’s own family resented him for his tales – which they saw as ‘pride’ and bragging. His father rebuked him. His brothers hated him to the point of plotting murder but GOD did not permit that to happen. God will always see to it that good cannot be destroyed by evil. Anyway, his innocent revelations were adequate fodder for a lot of criticism and personal attack – for his own flesh and blood who eventually sold him a slave.

The Word says that ‘God looked favourably on Joseph in ALL that he did’. Potiphar, a man who did not know the Yahweh of Israel, still recognised His favour on Joseph. Ten years of dedicated service and again, Joseph was judged again – this time too, despite being a young man of impeccable integrity.

What amazes me in this whole story is how the youth went through enough mental anguish to break anyone – rejection from his own, anger, false accusations and wrong judgement even while doing good, ungrateful attitude of those he helped and a seemingly-absent God. It amazes me that his own could want to tear a young man down for sharing and rejoicing in his visions from God. Their jealousy amazes me. Their spite amazes me. The rants, cheap advances and lust of Potiphar’s wife amazes me. How dejected and insulted would that young man have felt when his trusted master threw him into prison? It was a woman of high ranking who had accused him; it was a trusted higher up’s words against a slave’s – a good and faithful slave, but nevertheless, suddenly a pariah. Potiphar chose to believe his family – over the faithful man who served him and his house, more like a friend. Joseph was sent to prison. He was under God’s favour there too! I feel saddened that the one chance Joseph got to get out of prison was squelched when the Pharaoh’s cupbearer forgot to put in a word for the man who chose to be a blessing to him, even when surrounded by his own misery.

Joseph – that young Hebrew – suffered much from the age of 17 to 41. Before heavens opened and the vision manifested itself. Joseph’s story teaches us many things: we have a clear picture of GOD’S FAITHFULNESS. He does not forsake His children, even in the midst of suffering: “the Lord was with Joseph” (Genesis 39:3, 5, 21, 23)

Joseph’s up and down journey tells us to PUT GOD FIRST, RELY ON GOD AND WHAT HE SAID, NOT PEOPLE. Proverbs 16:9 says, “A man’s mind plans his way, but the Lord directs his steps and makes them sure”. Proverbs 20:24 says, “Man’s steps are ordered by the Lord. How then can a man understand his way?” When God directs our paths, He sometimes leads us in ways that don’t make sense to us or even to anyone in our inner circle.

It teaches us that what GOD SAYS, WILL COME TO PASS. When the famine strikes, even Canaan is affected, and Jacob sends ten of his sons to Egypt to buy grain (Genesis 42:1-3). They meet their long-lost brother, and bow down to him, fulfilling the earlier prophecy.

He teaches us to BECOME A BLESSING TO OTHERS and DO WHAT GOD ASKS US TO DO – even when we are in the dungeons of gloom.

Joseph teaches us LOVE, MERCY AND FORGIVENESS. The way he forgives his brothers’ wrongdoing and covers their flaws – without exposing them to Egyptian ridicule and possible ‘eye for an eye’ treatment. He did not advocate revenge on his own or anyone who wounded him. Who would have blamed Joseph if he had turned his brothers away when THEY needed help? God desires that we exercise mercy above all other sacrifices we may offer Him in our lives (Hosea 6:6; Matthew 9:13)

Perhaps most profoundly, Joseph’s story presents amazing insight into how God SOVEREIGNLY WORKS TO OVERCOME EVIL and BRING ABOUT HIS PLAN. After all his ordeals, Joseph is able to see God’s hand at work. As he reveals his identity to his brothers, Joseph speaks of their sin this way: “Do not be distressed and do not be angry with yourselves for selling me here, because it was to save lives that God sent me ahead of you. It was not you who sent me here, but God” (Genesis 45:5, 7-8). Later, Joseph again reassures his brothers, offering forgiveness and saying, “You intended to harm me, but God intended it for good” (Genesis 50:20). Man’s most wicked intentions can never thwart the perfect plan of God.

Joseph’s story teaches us that what the BIGGEST BATTLE OF OUR LIFE CAN TURN OUT INTO A GREAT BLESSING FOR OURSELVES AND FOR OTHERS. Joseph had walls erected around him by fate and people – to contain his progress in life. Like Joseph, you shall surpass every limit imposed upon you and in the most difficult circumstances of life, if you persevere.

The young Hebrew’s story teaches us NOT TO OFFEND GOD even when we are pushed to it…He was removed from his position and thrown into Pharaoh’s dungeon. For two years, he was given just enough bread and water to survive the hardships of the prison. Joseph did not question what God showed him. (Is this how a loving, faithful God cares for those who obey Him? He gave me a dream of leadership and now I am a slave? I fled from sexual immorality, and yet I was called a rapist and thrown into prison by one who was actually the culprit?? Why does my life get harder and lonelier? Why am I rejected AFTER I remain faithful in my service to God and man?)

Joseph taught us HOW TO RESPOND TO OPPOSITION BY WAITING ON GOD. He was 17 when he was sold into Egypt. He was 30 when he was made the second in command in Egypt. He was 39 when his brothers first came to Egypt (second year of the famine, nine years after being made overseer) He was probably 41 or so when the brothers came a second time.

The Word describes in detail how much Joseph struggled. Surprisingly, HE never cried. He did not cry out when he was sold into slavery or thrown into prison. Potiphar’s wife cried out when she didn’t get what she wanted. As we often face in our own lives, the wicked cried out to the people in authority – enough to get the innocent judged and punished. Joseph’s father Jacob mourned for his son and vowed to mourn for his son unto his grave. Reuben cried when he found that Joseph was missing. Not once does the Word speak of this broken slave crying. Joseph in the pit , Joseph in prison and Joseph in the palace was the same. Uncompromising, unflinching, adamant, hanging-tough Joseph. Yet, when the prophesy – made more than 21 years ago was fulfilled, Joseph cried. Cried like a baby – when he realised the awesomeness of an Almighty God who will bless those faithful to HIM at the cost of losing everyone and everything – ultimately. I have been there. I pray for those among you who are there.

May your tears be the tears of Joseph daily. Tears – of being faithful to the point of breaking, of being wounded by your own, of being insulted, abused, lied against, judged, rejected and finally forgotten even by those dearest to you, for doing good. Those tears which flow when you obey GOD alone – are really precious to God. Those Joseph-tears matter! TO GOD. 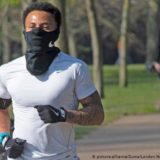 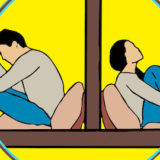 Next Story
Prayer for childless couples