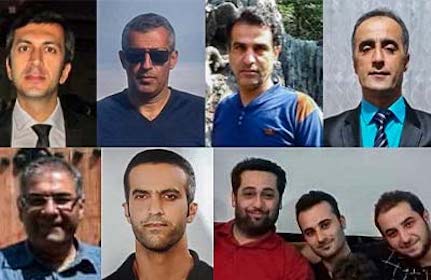 An Iranian appeals court has acquitted nine Christian converts serving five-year prison sentences on charges of “acting against national security” for their participation in house churches, a ruling dubbed a “landmark decision” by Open Doors USA.

The human rights watchdog Article 18 reports that Branch 34 of the Tehran Court of Appeal issued the ruling following an order last November by the Islamic Republic’s Supreme Court for the lower court to review the convictions.

Judges Seyed Ali Asghar Kamali and Akbar Johari found “insufficient evidence” the accused acted against national security, arguing that Christians are taught to live in “obedience, submission and support of the authorities.”

Article 18 Advocacy Director Mansour Borji said the court’s decision was “unlike any other of its type” that he has seen. He said in a statement that “the judges have gone to considerable length to explain their verdict, listing nine different reasons based on the constitution, judicial principles, legal provisions and Islamic tradition.”

“These judges have now found that the initial ruling that caused some of these Christians to spend over two and a half years of their lives in prison was legally unjustifiable,” Borji said. “Meanwhile, at least a dozen others, including one of the nine involved [in] this case, are still in prison or enforced internal exile following their own convictions on similar charges.”

Open Doors USA, an organisation that monitors persecution in over 60 countries, called the ruling a “landmark decision” for Iranian Christians. Open Doors ranks Iran as the ninth-worst country in the world when it comes to Christian persecution and has warned for years about the regime’s crackdown on Muslim converts to Christianity and prosecution of underground churches.

Since 2005, the group says, there have been concerted efforts to prevent Muslim converts from gathering in worship, with some facing up to 10 years in jail.

“In the broader picture, if these trials eventually set the believers free for good, the precedent can be used as a stepping stone to free many more people who have been imprisoned under the same faulty charges,” an Open Doors report states.

“While the decision for these nine Christians is a monumental first step for Christians in Iran, there is still a long way to go for this ruling and the reasoning behind it to take effect across the board.”

“We are pleased by the #Tehran Court of Appeals’ acquittal of 9 Christians. #Iran’s courts correctly determined that peacefully practicing Christianity does not threaten Iran’s national security,” Maenza said in a statement shared on Twitter.

The nine Christians were conditionally released in late December, pending the review of their cases. However, one (Abdolreza Ali-Haghnejad) was imprisoned again this year on another charge related to his faith. Two others (Behnam Akhlaghi and Babak Hosseinzadeh) are also facing new charges.

“The re-imprisonment as well as the new charges reveals an inconsistency in treatment of future cases,” Open Doors warns.

The nine Christian converts were initially arrested during raids on homes and house churches between January and February 2019. They were sentenced that October.

According to Article 18, five were imprisoned in July 2019 because they couldn’t meet the high demand for bail. The four others began serving their sentences in June 2020.

While the hope that the acquittals would inspire similar action for other Christians prosecuted for their faith, a petition from convert Nasser Navad Gol-Tapeh for a rehearing in his case was denied last month. The 60-year-old was convicted of “acting against national security” and imprisoned in 2018. He has penned appeal letters asking courts how his involvement in a house church threatened national security.

Article 18 notes that Branch 9 of the Supreme Court had agreed to hear his case in January. However, his appeal for a retrial was dismissed in February, a decision that wasn’t announced until this week.

The US State Department labels Iran as a “country of particular concern” for engaging in egregious violations of religious liberty. 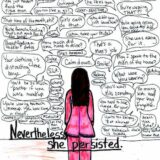 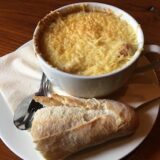