We mark World Pet Day on April 11 every year. And some people then overwork the ‘I love animals more than people’ memes.

Are cats more important than humans – a woman asked me inside an elevator once. I confusedly asked for clarifications.

She was referring to the death of animals in the Oasis Centre fire. I began a sincere discourse – loving animals does not mean disregarding humans – but she did not buy it. There was more to come. She supports the thinking that a rattlesnake loose in the living room tends to end all discussion of animal rights. She was shocked to read that a rich man had left his wealth to a cat. I tried to make her understand that maybe the cat was everything he had. Or maybe he felt that his cat was better than the humans he knew.

I believe in the goodness of people and see them in shades of grey instead of labelling them black or white (character, not race) I once went to a meat market in Bangalore armed with my pen and notebook to write a brilliant report on the mistreatment of animals. An animal rights activist had visited the place for campaigning and I went along because I love animals. I saw no animals, but two emaciated butchers, who told us budding journalists that the large slaughterhouses were not affected by the campaign, but their small butchery was shut down. They had done this job for generations, had several hungry mouths to feed and this was not a wilful choice. That was one time that I saw a grown up man cry.

Some animal rights activists campaigned to stop drug manufacturers from using animals to make iron supplements. I interviewed a poor woman who said that she loved her buffaloes but was willing to `kill anybody’ if it would help her pregnant daughter get well. I bade a hasty retreat, researched and found out that one could obtain iron from plant foods, but the iron in animal sources is more easily absorbed. I suddenly wanted iron to be readily grown on trees.

I admire animal lovers because they bring out a fine side of humanity. They do not eat meat and never use products that contain animal fat or that are tested on animals. I respect religions that encourage people to be kind to animals. But I try to understand people who say that when one is hungry and struggling to feed one’s children, animal rights take a back seat. I cannot condone cruelty to animals. As a child, I wept for days when my pet dog died, not for any dead world leaders. But injustice towards humans irks me immensely.

I did not judge my elevator friend because she is a widow, struggling to support her children and ailing parents by working as a maid here. She walked miles to get a widow’s pension which is less than 10 dollars – which incidentally is now cancelled because she is now out of her country. To her, leaving one’s entire wealth to a cat might seem frivolous.

I was at the Oasis Centre the evening before the fire and like everybody else, was upset over the accident so close to home. But my first thoughts were of the people there. I admit that I worried about the animals – a nanosecond after saying a thanksgiving prayer for saving my husband, my baby and the workers there. Some would have remembered the animals and the humans at the same time. Bless them. To each his own.

So I told my new friend that it was ok to feel frustrated sometimes but our world needs people who will fight for the cause of animals too.

Those who care for animals are unselfish – they care for ecology and the future generations. She must not be mad at the generous old man and his cat. She laughed. I wanted to inculcate a few morals into her, but did not – because I occasionally eat meat and I do not know if those animals are killed humanely. I hope so.

I did not further discuss animal rights with this particular friend – because I have never intentionally hurt an animal in my life and I could not hurt a human being. Was I wrong? Some questions never have easy answers. 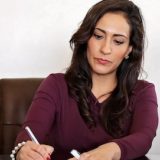 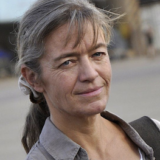