A prisoner on death row for murdering a pastor’s wife has dodged execution just minutes before the procedure was due to take place.

Kenneth Eugene Smith, 57, was sentenced to death, despite the jury recommending a life behind bars instead.

The 45-year-old woman had been stabbed eight times in the chest and once on each side of the neck.

When her husband, Charles Sennett Snr – a  pastor of Westside Church of Christ – was suspected of her murder, he committed suicide.

Prosecutors suggest Sennett was in debt and wanted insurance money, but this was never proven.

Alabama law no longer allows judges to override a jury and sentence people to death, but the change was made after Smith’s sentence had been decided.

Smith’s accomplice, John Forrest Parker, was put to death in 2010 via lethal injection.

Despite a stay being issued by the court of appeals, the Supreme Court cleared the way for the death penalty to be enforced just 100 minutes before the warrant would have expired.

However, 40 minutes before the expiration, the state cancelled the execution after struggling to find an IV line. One line was secured, but the staff struggled to locate the second, resulting in the procedure being called off.

Legal wrangling meant that the decision whether to execute Smith carried on past the planned time at 6pm and then an hour was spent trying to find a vein to inject the lethal dose before officials gave up at 11.21pm.

Now, the state must file a new application to carry out the death penalty – a process that is likely to bring further appeals from the defence. 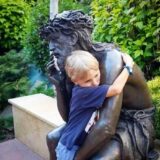 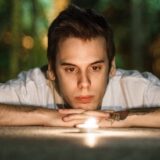