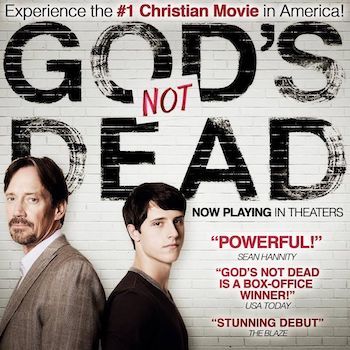 After he refuses to disavow his faith, a devout Christian student (Shane Harper) must prove the existence of God or else his college philosophy professor (Kevin Sorbo) will fail him.

A freshman at Louisiana’s Hadleigh University, Josh Wheaton (Shane Harper) attends his first philosophy class, only to discover that Professor Radisson (Kevin Sorbo), an atheist, has a requirement that Josh can’t fulfill: He demands that students admit that “God is dead” on paper.

Josh, an avowed Christian, won’t do it, and takes up the professor’s menacing offer to defend his beliefs in front of the class – and risk failing if he can’t convince the professor that God is alive and well.

Radisson refuses to be convinced, and Josh and many other Christians in the film are tested by their families, loved ones, and classmates as they figure out how to remain grounded in their beliefs.

As Josh, Harper has an easy likability about him, making him an appealing main character to watch. As the stubborn professor who’s testing him, Sorbo is also strong.

God’s Not Dead has some powerful messages about faith, devotion and standing up for your beliefs. A film by Christians for Christians, it aims to use science to prove the existence of God.

The movie’s essence – never forget that there is a God and denying the fact that he exists won’t really solve anything. It’s also important to remember that all God wants is for us to make our own choices to either believe in Him, accept His love or not.
Rating: 8/10
By Christ & Co.
(Visited 252 times, 1 visits today)
Share it
← 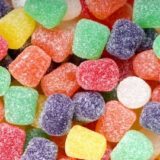 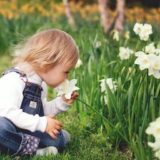