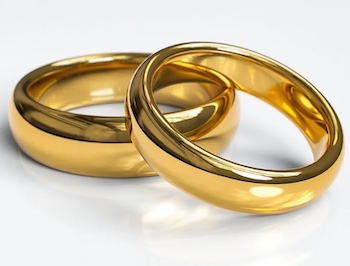 Catholic priests in Germany have announced that they plan to defy the Vatican rules and publicly bless homosexual marriages.

The congregation’s note distinguished between blessing same-sex unions and the Catholic Church’s welcoming and blessing of gay people, which it upheld. The document argued that such unions are not part of God’s plan and that any sacramental recognition of them could be confused with marriage.

In response, more than 230 professors of Catholic theology in Germany – and other countries where German is spoken, have signed a statement protesting the decision.

In a statement, the group declared that Vatican’s decree “is marked by a paternalistic air of superiority and discriminates against homosexual people and their life plans.”

Dozens of priests in Germany have vowed to defy the Vatican. “In view of the refusal of the Congregation for the Doctrine of the Faith to bless homosexual partnerships, we raise our voices and say: We will continue to accompany people who enter into a binding partnership in the future and bless their relationship”, the statement said.

“We do not refuse a blessing ceremony. We do this in our responsibility as pastors, who promise people at important moments in their lives the blessings that God alone gives. We respect and value their love, and we also believe that God’s blessings are on them.”

The German church has been at the forefront of opening discussion on controversial issues such the church’s teaching on homosexuality.

The professors’ statement, which was drawn up by a working group at the University of Muenster in Germany, said the Vatican note lacked “theological depth” and “argumentative stringency.”

It included signatures from professors in Germany, Austria, Switzerland and the Netherlands.

“Theological arguments and knowledge gained are sufficiently exchanged,” the statement continues. “We do not accept that an exclusive and outdated sexual morality is carried out on the back of people and undermines our work in pastoral care.”

Priests and some lay ministers are planning coordinated ceremonies including live-streamed blessings of same-sex couples in about 100 Catholic churches and other venues in Germany, including Essen Cathedral, over the next few days, most of them on Monday. Almost 20 events will be live-streamed.

Conservative bishops in Germany, the US and elsewhere have warned that such changes could lead to a schism in the universal church. Pope Francis and Vatican officials have more than once admonished German church leaders not to go their own way.

Such blessings have become common over the past decade in Germany and some other parts of Northern Europe, but they have usually taken place quietly, in places other than churches. Monday’s highly visible ceremonies will mark a protest against the Vatican declaration.

One of the organisers, Klaus Nelissen, told the Wall Street Journal that a Monday was chosen because that is traditionally a priest’s day off: “No bishop can tell them not to do it, since they are doing it on their own time,” he said.
(AP) 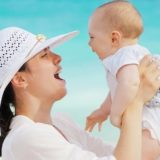 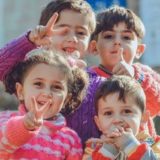 Next Story
Monday Reflection – May 10