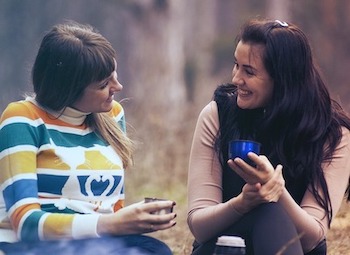 People’s hearts are filled by the common enemy of mankind – the devil, at different times, stages or levels and for various reasons. This gives rise to once intimate friends becoming sworn enemies.

One
At this stage, there are people older and more powerful than you who hate your being alive. This type of people will do anything within their power to ensure that you cease to exist. Although you look ordinary and powerless, your existence is a threat to them. They just hate you for reasons best known to them, no matter how wrong their reasons are.

An example of this hatred was the one exhibited by King Herod when Jesus Christ was born. He could not withstand seeing “another king” in the land of Israel when he was on the throne. He didn’t know Jesus kingship goes beyond Herod’s territory. He hated Jesus and did not want Him to live.

If you have such people around you, the Lord will protect you from them.

They are comfortable with you if you are like this forever: unable to feed yourself, unmarried, unemployed or working like a slave. As a “captive” they will not fail to assist you that you may live. Living like a beggar satisfies them.

King Achis said that David, in his troubles, will serve him forever. Laban was also in this group. He wanted Jacob to live, but to serve him without making provisions for his own house.

Three
At this stage, certain people will be uncomfortable even if you have all the basic necessities of life. They are in love with you – if you enjoy basic amenities, but – not up to their own standard.

At the time of writing this piece, a man in his sixties said his step brother does not want to have anything to do with him because this man visited the step brother in his own car. He was uncomfortable with this man’s progress. This type of people usually accuse the upcoming person of imaginary or real offences. They will do anything to pull others down. If he is a junior worker, the boss will resist his promotion.

Four
People in this group are comfortable seeing someone below them attaining their level or status. At this stage, no complaint or grumbling. However, anytime he wants to EXCEL in their status, they become uncomfortable. Trouble will begin and restlessness will set in. At this point, “pull him down” syndrome will become the order of the day. They either work hard to pull him down to their level or below theirs. They will wrongly read ‘pride’ in his words and deeds. They will not hesitate to wage any war against him.

Must this be so?

This group forgets that the person going up, if supported, can pull them up to his new position or above. This will also change their stagnant status out of which they have no way of moving to the next level.

Five
The ‘Rare People’. This is an uncommon group. They are the ‘No-Room-For-Hatred’ people. They are real and complete lovers. Members of this group are forever comfortable irrespective of other people’s elevation above them.

Jonathan, the son of King Saul, loved his best friend so much that instead of desiring to be king after his father’s demise, he told David that he would surely become king in Israel and he was ready to be deputy.

How many people can do this? Are you one of them? Are you prepared to join this special and uncommon group?

You can be a victim of any of this group, but there is a PERSONALITY who is not and cannot be tired of showing you love. HE can also promote you to a level you never thought of. HE has the power to protect you from ALL hating hearts.

Who is this person? He is Jesus Christ. He loves you, accept Him as your Lord and Saviour.

Not only this, you will also be part of the best group where you are forever comfortable when others are promoted.

Stay blessed and ‘rapturable’, because the Lord is coming soon!

Olawale was trained as an accountant, but today, 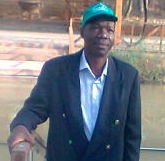 is a full time minister of God, an author and a poet, raised to offer words of comfort to our generation. He lives in Nigeria and has great love for the Word of God. His other hobbies include music, photography, reading, writing and looking for a way to utter a word of comfort. “Nothing is of me, everything is of God. I am who I am, by the special grace of God”. His writings can be found here: https://4thlink.wordpress.com/ 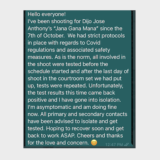 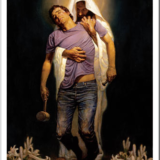 Next Story
12 meanings of ‘Forgiven’