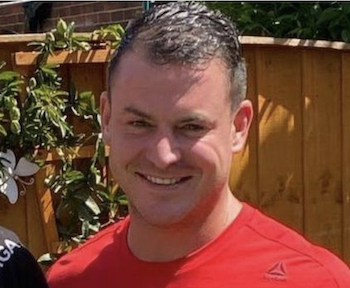 Two men and two teenagers have been jailed for kicking a man to death for his 11k gold Rolex watch in a churchyard.

Steven McMyler, from Marsh Green was found with serious injuries in the grounds of Wigan Parish Church on August 6 last year. The 34-year-old dad-of-two was later pronounced dead at the scene.

Lewis Peake, from Bolton, was alleged to have recruited a group of four people from Merseyside to assault Mr McMyler, so he could steal his Rolex. After a three-week trial at Manchester Crown Court, he was found guilty of manslaughter and conspiracy to rob, along with three members of that group – Michael Wilson, from Kirkby, and two teenagers aged 17 and 14 who cannot be named for legal reasons.

All four were also found guilty of conspiracy to rob.

On the day of his death, McMyler had travelled by train from Wigan to London with the intention of flying out to Thailand, before changing his mind and returning to Wigan.

One of the attackers, Lewis Peake, learned McMyler was wearing an 18-carat gold £11,000 Submariner watch.

McMyler spent time drinking with Peake, a man he had never met before, in Wigan town centre, in the hours leading up to his death.

Peake first tried to persuade two youths to help him rob McMyler and offered them £100 each, the court heard.

Peake then encountered a group of four males from Kirkby who had arrived in Wigan by train.

Prosecutors said Peake encouraged the group to assault Mr McMyler, with CCTV images showing all five in discussions, shortly before the fatal attack.

CCTV footage captured the attack on McMyler within the gardens of Wigan Parish Church. McMyler, who was alone and drunk, was kicked in the head.

Peake later returned to the scene of the attack and took McMyler’s phone and suitcase as he lay dying. The watch was never recovered.

Peake, of James Street in Little Lever, Bolton, was jailed for 13 years; Wilson, of Northfield Close in Kirkby, received a nine-year sentence; and the 14-year-old and 17-year-old, from Liverpool, will be detained for six years and eight years. A fifth defendant will go on trial later this year over MrMyler’s death.

Sentencing, Mr Justice Turner told the defendants, “I have heard about the impact which McMyler’s death has had upon his mother, his two young daughters and their mothers. His loss has had a deep impact and no sentence of this court will come close to atoning for his death.”

In a statement read in court on Friday (June 11), Carole McMyler, Mr McMyler’s mum, said her family’s hearts were ‘ripped out of our chest in an instant’ after his death.

She spoke of having to tell Steven’s two young daughters, aged three and seven, that he would not be returning home – and said she herself had been unable to return to work as a district nurse, since his death. 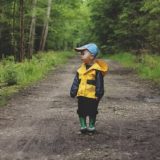 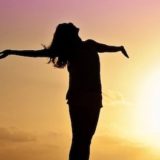 Next Story
How to really worship God?