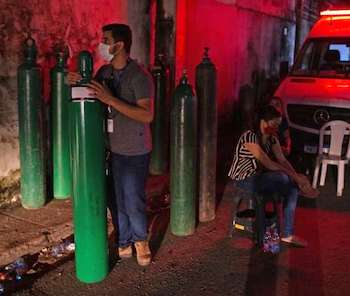 Catholic bishops and nuns in Brazil are pleading for help to fight against the newest recorded variant of Covid-19 registered in the northern city of Manaus.

Hospitals are running out of oxygen and ICU beds, amid soaring coronavirus infections – in Amazonas, Brazil’s largest state. The second wave of COVID-19 cases is now outstripping the first wave, in Brazil. So far, there have been almost 8.5 million confirmed cases and over 200,000 deaths – the second-highest number of deaths in the world.

The Archbishop of Manaus, Rev Dom Leonardo Steiner has called on the international community for urgent support.

“Provide oxygen. People cannot continue to die for lack of oxygen and for lack of beds in the ICUs,” said the visibly shaken archbishop.

The situation in Manaus made headlines as family members of those in hospitals, with COVID-19 and other ailments, were shown trying desperately to purchase oxygen cylinders to save their loved ones.

As of Jan. 15, more than 60 premature infants were said to be in danger of dying for lack of oxygen. Oxygen tanks provided by the federal government were expected to last only days.

The new Brazilian Covid-19 variant is thought to interfere with the current vaccines, which is the main reason for concern. Experts detected the new variant circulating in the north of Brazil in December.

This has led the UK to close its borders to travellers arriving from South America.

Sister Irene from the Brazilian organisation REPAM, who works alongside communities throughout the Brazilian Amazon, told UK aid agency CAFOD, “The situation is dramatic. Many people are dying outside the largest public hospital of Manaus (the capital state of Amazonas) while waiting. The same is happening inside the hospital due to lack of staff, oxygen and ICU beds.”

Last Friday (15 January), eyewitnesses in Manaus observed 213 burials in the city. This is a rate never seen before, with the usual death rate at around 30 people per day. It was reported that 30 people died at home, without medical attention, due to lack of places in hospitals.

Sister Irene continued: “With a new variant of the virus in Brazil, that has a greater and faster capacity to infect people, the weak national vaccination programme announced at the end of December – which has not yet started – is far from an adequate response to the gravity of this public health crisis.

“It breaks my heart to witness this avoidable chaos in a country that, as a result of the great efforts of doctors, health professionals, civil society organisations, and popular campaigns, created the SUS (our NHS), which is based on the British health service.

“Yet, we all know the importance of political will in tackling big challenges – as history has shown so many times – and once again, the poorest are in the worst situation. They depend solely and exclusively on the public health service which is operating above capacity in terms of beds, oxygen, and personnel.”

The plea made by Archbishop Steiner, who was secretary-general of the Brazilian bishops’ conference between 2011 and 2019, was followed by appeals and promises of help from other Brazilian bishops.

“In view of the very serious situation in the city of Manaus, it is urgent to call upon Christians and all sensitive people faced with the suffering of others; it is time to help,” he said.

Retired Bishop Erwin Kräutler, president of the Brazilian branch of the Pan-Amazonian Church Network, also expressed his support for the bishops’ calls for help and asked local and federal governments to provide oxygen cylinders for hospitals in Manaus and the Amazon.

“We are seeing our sisters and brothers die of suffocation; a terrible death,” said the bishop, known for his work with the Indigenous population of the Amazon.

“It is not possible for Brazil to forget the peoples of the Amazon at such a cruel time and to close our ears to the clamor of people who are dying; and (to) their families and health professionals, who cannot care for patients due to lack of oxygen and have to look passively as patients die, suffocated by lack of oxygen, in terrible conditions,” said Bishop Kräutler.

“For the love of God and of Our Lady: Manaus, the Amazon, are (part of) Brazil. Please wake up, for the people who live here and want to survive this pandemic,” he said.

Due to the rapid increase of cases, the state government of Amazonas declared a lockdown last week and planned to transfer 250 serious COVID patients to other Brazilian capitals. As of yesterday, however, ICUs were 100 per cent occupied throughout Manaus’s hospitals and there was lack of oxygen across the healthcare services. 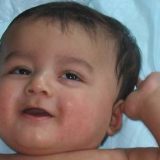 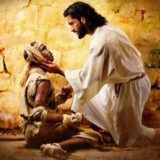